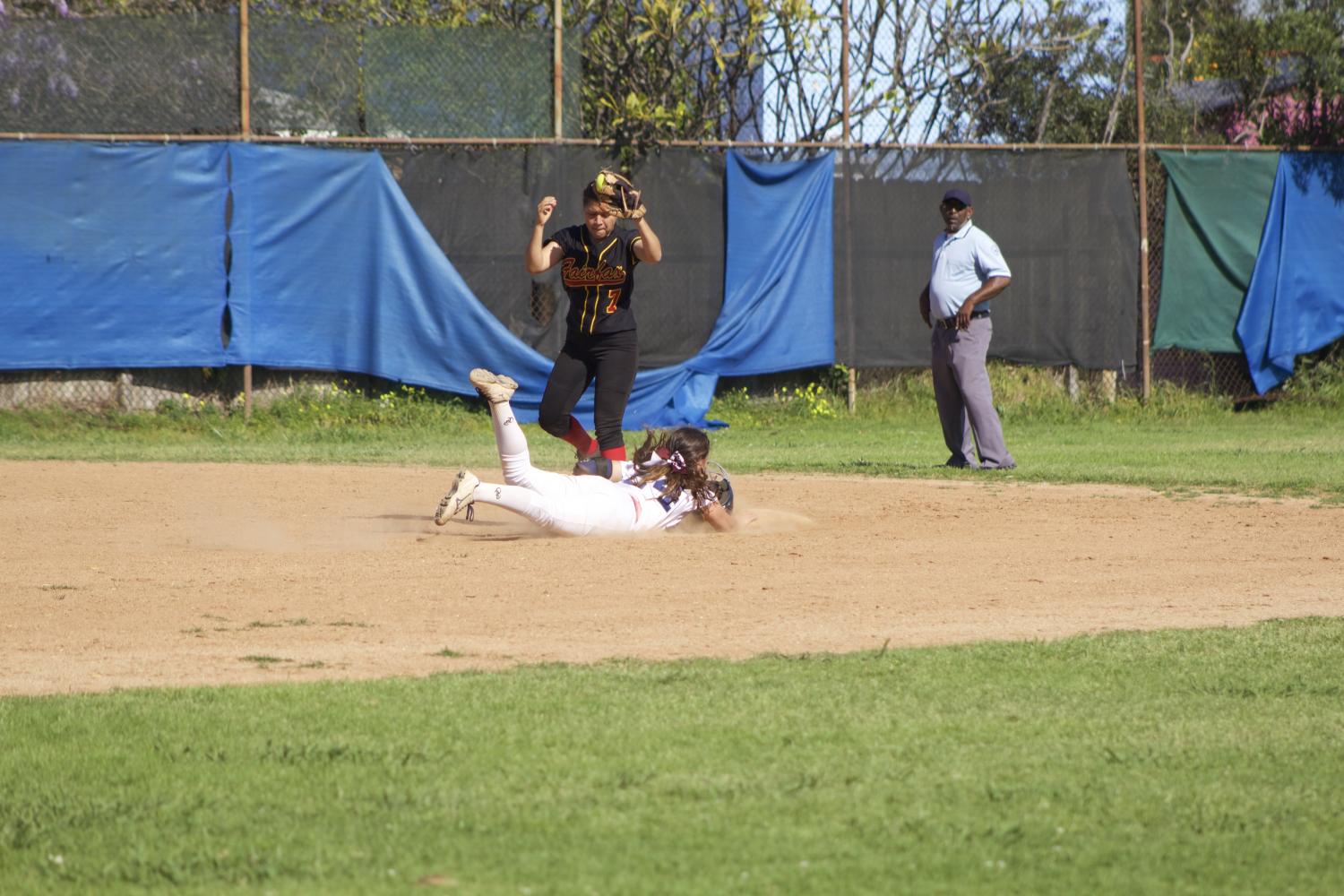 Following their surprising loss against LACES, Venice had to prove to league that they could beat Hamilton just as they did last year.

In their most recent game against Hamilton High School on March 23, Venice won with a score of 5-0.

Overall the team played an aggressive game. With over six strike-outs, varsity Pitcher Tori Raygosa was able to greatly support the team.

Also, every time the players made four appearances up to bat they hit all times and were able to get on base.

With Raygosa as pitcher, Chynna as first baseman, Erica Soto on second base, and Alejandra Ayala at third, Venice was ready to have a win.

In the last inning Raygosa caught a fly ball in the in-field and Chynna Garrett caught a foul ball, which made two outs. Raygosa then struck out the Hamilton player, which ended the game.

Though they lost, Venice played a defensive game against LACES High on March 20th.

All of the girls were able to get on base as well as hit at least four times.

As the game came to an end Garrett went up to bat and brought two people home, tying LACES and Venice 7-7.

Venice then played outfield and the game went into double overtime.

A pop up hit by a player from Hamilton, to Varsity Center Alyssa Caro,

popped out of Alyssa’s glove and Hamilton was able to bring two in and obtain two homeruns which ended the game with a score of 7-9.