Track Team has an Impressive Start 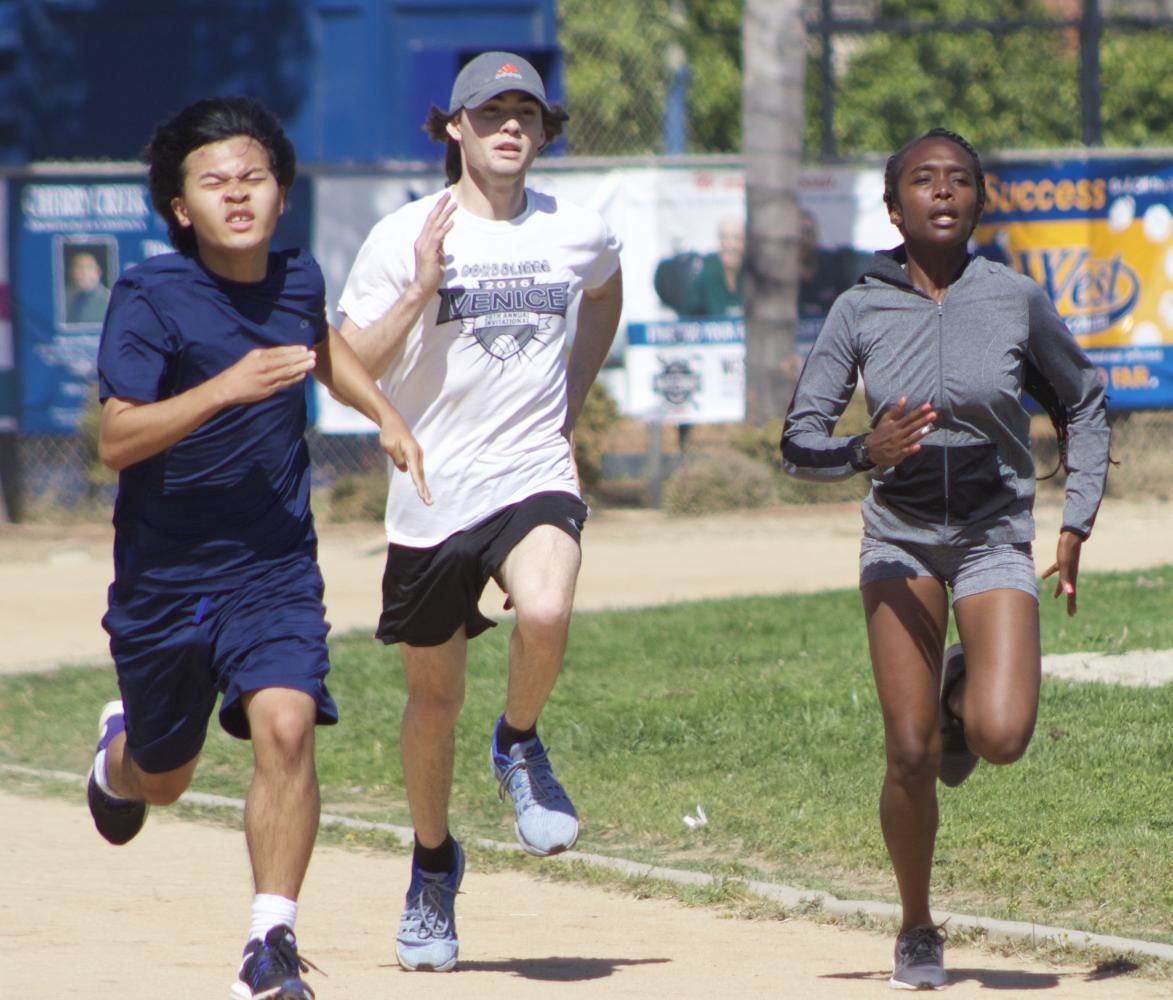 The track team has had an impressive start to their Western League games. They have dominated Hamilton High School, Westchester High School, University High School, and Fairfax High School.

Sophomore track runner Levi Premer broke a Venice High record with running a boys 800-meter in 202.33 seconds. “I felt happy that I finally got my name on the record board. All the hard work paid off,” said Premer.

Also track runner Destiny Clark broke a school record with running a girl 400-meter in 63.24 seconds. “I have been working to break the record and I was relieved when I finally did it,“ said Clark.

The team this year is really young, but very mighty. Most of the team members aren’t even seniors and are very talented so the future for the Venice High track team is looking well.

Some of the top Venice track team runners are very confident of their prospects in league and city section, and are very sure of making it to state if they can keep it up.

“It went by really fast from race to race, but the hours of hard work make it seem like it was forever,” said senior track runner Alexander Ruelas.