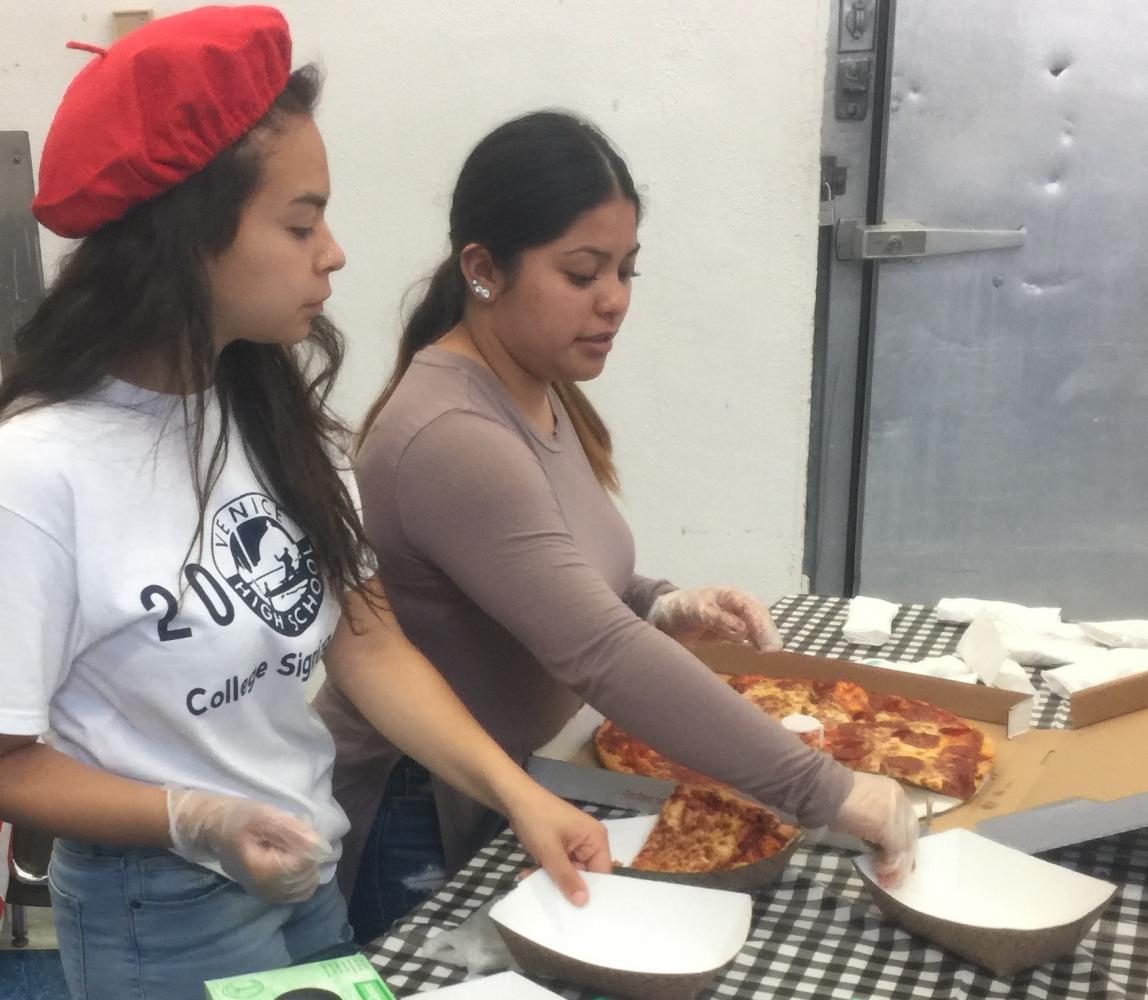 The Spring Fling that was supposed to occur on March 23rd was postponed due to the lack of tickets sold. On Friday Apr. 28, there was a substitute Spring Fling during lunch in the cafeteria. People ate pizza and hung out for a while with their friends while listening to music. The cafeteria was decorated in blue with balloons.

The original theme for the Spring Fling was going to be Midnight in Paris, but since it was cancelled, the luncheon theme was changed a bit to Pizza in Paris. The Pizza in Paris still consisted of food and music for only $3. Students purchased their ticket at the student store during nutrition and lunch.

Leadership organizer and teacher Ms. Jessica Gutierrez said that students who had already bought their Spring Fling ticket would get a special giveaway, which was a Gondo t-shirt.

“It was only $3. The pizza is good. I was surprised because it was really cheap. I liked it a lot, it was really tasty,” said freshman Cailee Grayhorse, who enjoyed the luncheon.

Zenon Soriano thought it was better than nothing. He said he lost $12 because he had originally bought the Spring Fling ticket, but he didn’t mind. “I’m chill about it. In the end we got something.”

Senior Fiona De Rego said she enjoyed the luncheon and the music and food was good. She also suggested that there should be more advertising when events like this happen and that the shirt she received should have said something else instead of “Future Gondo” because she’s graduating this year.

“This Pizza and Paris is very convenient and affordable. It’s cool and the food is good as well,” said senior Ruben Hernandez.

But senior Maria Hernandez said, “They should do this more often with different food like sushi or spaghetti.”