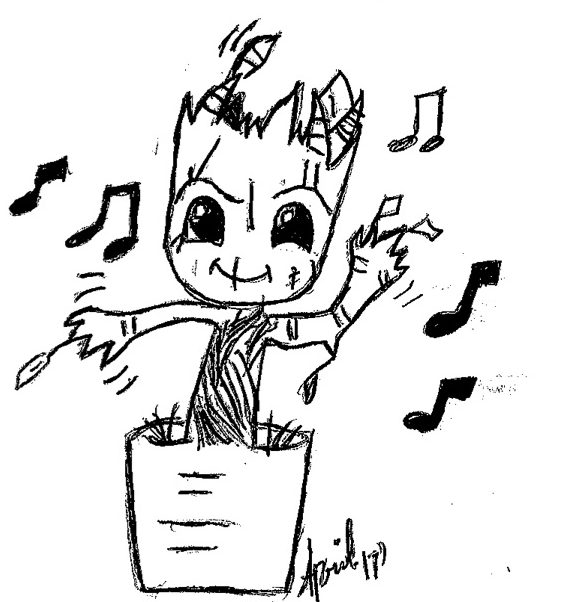 The first “Guardians of the Galaxy” film was well-known for its soundtrack which includes various hits from the 1970s. The soundtrack to “Vol 2” follows suit albeit with more songs from the 1960s. Here we rank the songs on the soundtrack from best to worst.

This song by underappreciated 70’s pop-rock greats Electric Light Orchestra has been on the soundtrack to many movies and rightfully so, as it is an irresistible tune that somehow manages to be hopeful and epic at the same time and fits the opening credits very well.

This song is impossible not to like. Cheap Trick wrote plenty of great songs and this is one of the best. The fact that it still gets a ton of airplay is a testament to how well it’s aged. If anyone ever hears this song and knows it, they will most likely start singing along to it, whether they want to or not. Trust me, I would know.

George Harrison’s most famous song is really good, although it obviously plagiarized ”He’s So Fine” by the Chiffons. It is powerful and brings many people together with its universal lyrics particularly “Really want to see you, Lord, but it takes so long my Lord.” Never would anyone expect a white British millionaire to write an excellent gospel song, but then again this is George Harrison of the Beatles. The song plays when the Guardians are journeying around space in their ship.

The great songs on this soundtrack pushed this classic down to #4. This song is actually the one I will probably associate most with the film after watching it. The song plays at least twice in the film while the characters prepare for battle. However, it isn’t a very fun song to sing along to, and doesn’t work too well for motivation, both of which are vital to the soundtrack. Nonetheless, Fleetwood Mac is one of the greatest rock bands of all time and this is the song that best displays each band member’s talents. The “team” feeling of the song echoes the unity of the Guardians of the Galaxy.

Sam Cooke, one of the best voices in all of music, almost feels too dated (the song is from 1962) to be on the soundtrack. However, its inclusion as the only true R&B song on the soundtrack really makes it stick out. The harmony vocal is a perfect compliment to Cooke’s lead, and the 18-piece backing group only makes his pleas throughout the song more affectionate. The song is included in a scene where Peter Quill and Gamora slow dance.

One of the most important songs in the film, this song is a perfect complement to the ending which I will not spoil. This may not be one of Cat Stevens’ best songs, but the story in the song is pretty much the same as in the movie, and that is why it was chosen. The way in which the song is sung in two different voices by Stevens to portray the voices of the father and the son could have been a disaster.However, Stevens’ choice to use a higher voice for the son doesn’t sound forced and pays off.

Probably this band’s second most famous song after “Ballroom Blitz,” this song was only used in the trailer. The song has a really catchy melody which disguises the mediocre lyrics. It’s a pretty fun, 70’s rock kind of song brought down by dated keyboards, but redeemed by a memorable riff.

This is a great song and has a great groove to it. It is also the only funk song on the soundtrack. It is a funk classic. However, when it comes down to personal preference I’d much rather listen to the seven songs above. It feels wrong to put this at number 8 but there are a lot of good songs on the soundtrack.

A big hit in the 70’s, this song is very often forgotten nowadays, most likely due to the fact that it was a one-hit wonder for Looking Glass. Along with “The Chain” it is integral to the movie. Half of the soundtrack is filled with soft rock songs. This is one of the better ones on the soundtrack.

Good song. It is an older song from 1964 which probably explains why the singer sounds like Roy Orbison. Of course it doesn’t compare to Orbison’s greatest songs.

Terrible band name. Forgettable song. Never heard of it before watching this movie. They probably just sang about Lake Shore Drive because the acronym was LSD.

This song is awful. It sounds like the musical equivalent to stale bread.

Why would they make this song for the movie?  It’s clear that they’re trying to be funny here. They’re not funny though. Good thing it was only included towards the end of the credits or else it would have been embarrassing.