Baseball Team makes it to the Playoffs 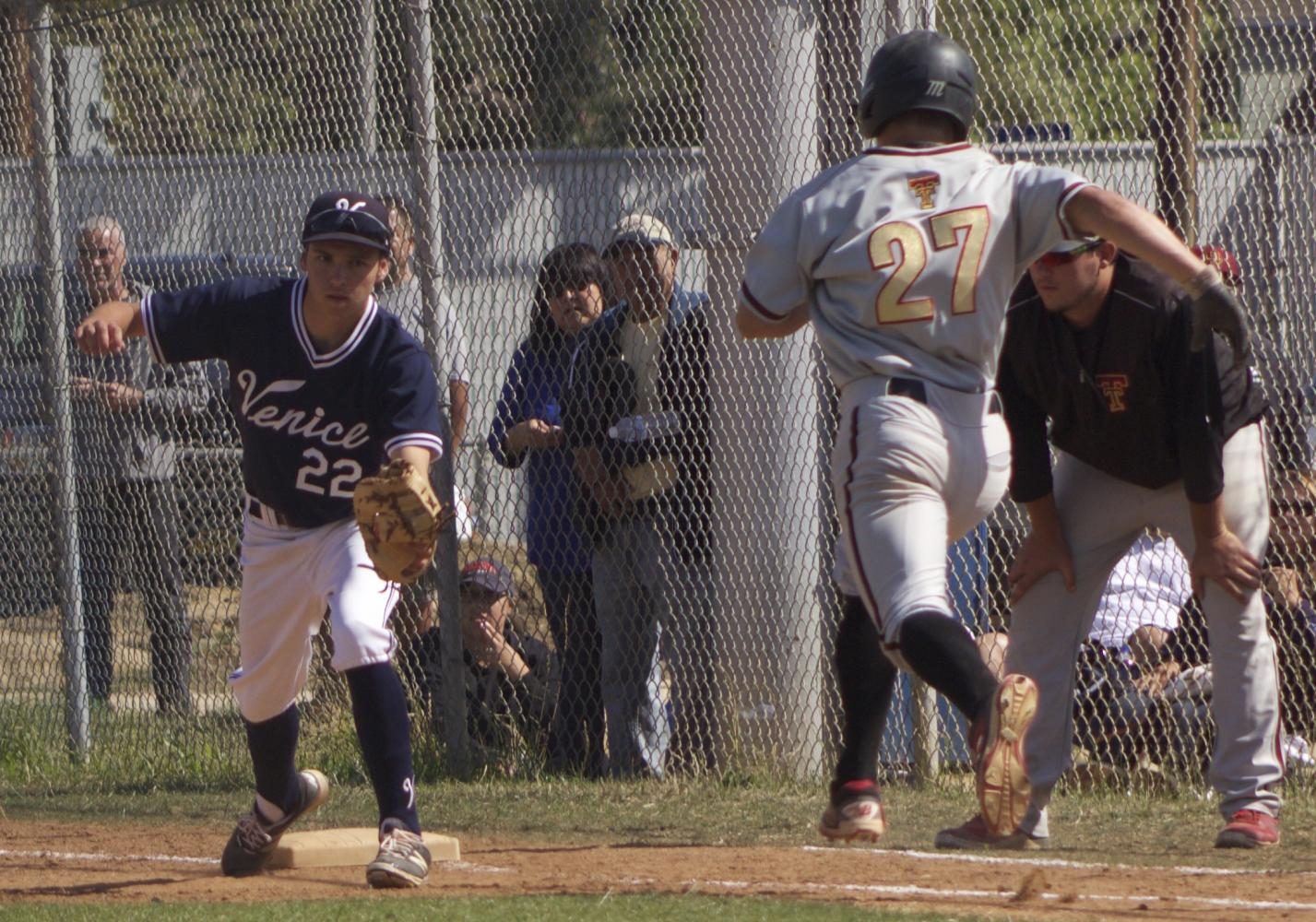 Venice High’s baseball team won the Western League Championship and as promised, they made it to playoffs. Sadly, they lost to Cleveland in the second round by a score of 3-1.

On May19, the boys had a home game against Cleveland High. From the beginning of the game, they were mentally not in the game.

“This game was my fault,” said Coach Kevin Brockway.

“We didn’t capitalize on the game the way we should have,” said Kai Casillas “we didn’t play to our best ability.”

“As a team,” said Andres Becerra “we didn’t want to win that bad.”

On May 16, the baseball team played Taft High School in the first round of playoffs here at Venice and they won 4 – 3.

“I think everyone feels good,” said Coach Brockway. “To be honest, I’m just relieved we had the game but all the credit goes to the players.”

Senior Tanner Thompson secured the win for the boys in the last inning. He was able to hit the ball, which allowed senior Luis Ramos to run home.

“I felt great,” said Thompson, “I felt confident; like I knew it was going to happen.”

As soon as Thompson hit the ball, the fans knew Ramos was going to run home, so all of the players ran from the dugout onto the field and yelled in excitement.

Venice overcame Taft in the third inning. A Taft player hit the ball and sent it to third base and Jashia Morrissey caught it and threw it to Mitchell Sample to get the player out. Next, Axel Raygoza caught a ball that was hit high in the air for the second out and the very next hit, Ramos caught the ball for the third out.

During the fifth inning, senior Naren Hunter was hit in the neck while running to first place. A player from Taft threw the ball to first base but threw the ball slightly off to the left. Hunter ran through first and held the left side of his neck as it turned red. He later said it began to throb.

“As soon as it happened my whole body went numb,” said Hunter, “I didn’t see the ball coming. It was in my blind spot.”

During the game, the same umpire called senior Nick Atkins out twice. The second time, Atkins slid to second base and everyone in the stands including the coach called ‘safe’ but after a long pause, the umpire called an out. Venice fans booed the call but Taft fans were extremely happy.