Reverse Racism is Not Real 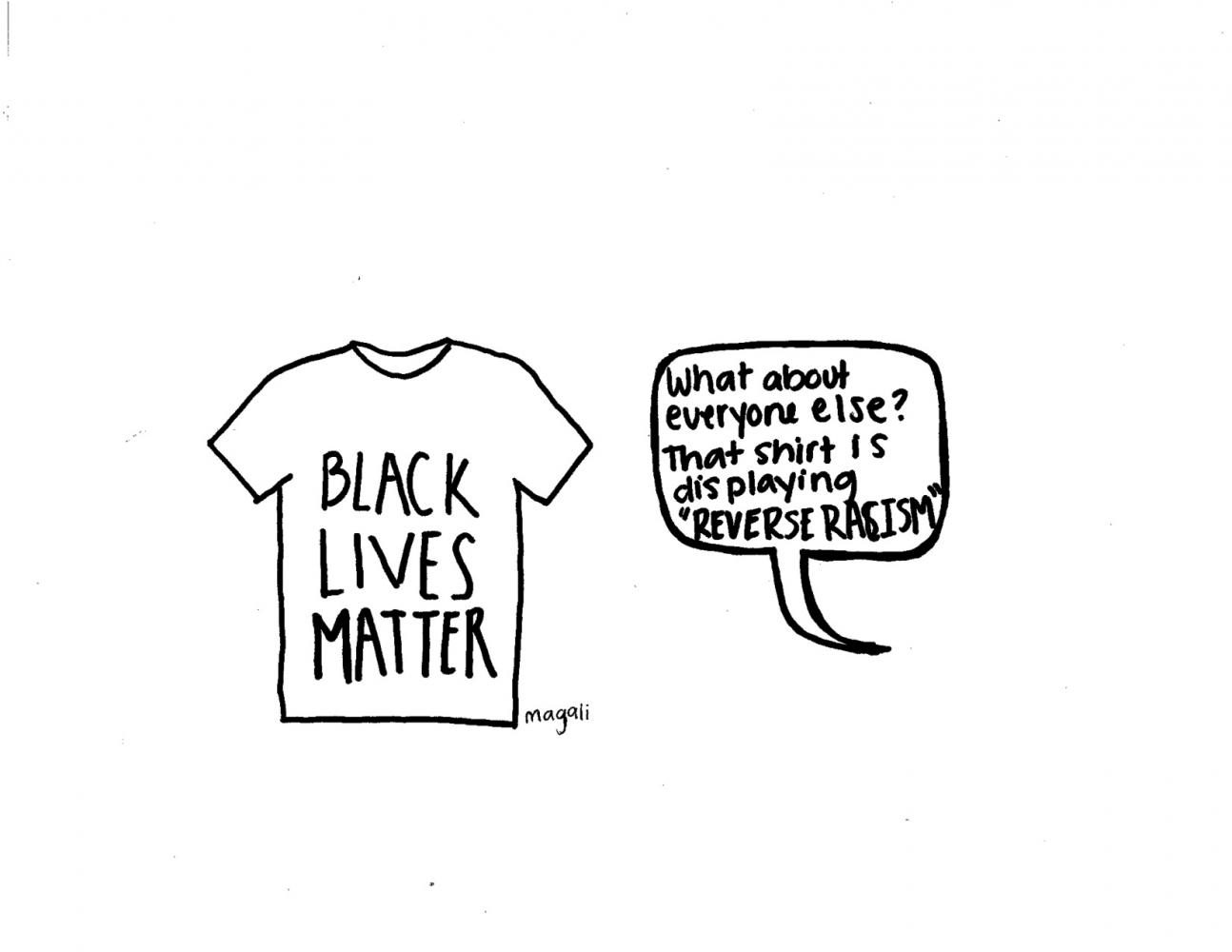 White people will simply never experience racism at the level that minorities do, and people who think that reverse racism is real need to stop acting as if whites experience racism on such a level. White people will not be held down, or kept from certain opportunities due to microaggressions or stereotypes. They won’t be racially profiled by the police or looked at in a strange manner when they walk into a store.

I’m not saying that white people don’t get stereotyped due to their race because everyone does, but to say that they experience racism at the same level as minorities and then call it reverse racism is frankly ridiculous.

Recently, I watched a new Netflix series called “Dear White People” that has been getting criticism from people who believe that reverse racism is real. Many people have ranted about it on social media, or made videos and whatnot airing their concerns about the show’s apparently anti-white content. Some people have even cancelled their Netflix altogether and started #BoycottNetflix.

“Dear White People” is not an anti-white attack nor is it reverse racism. The remarks made by the main character Samantha White on her radio show are not reverse racist. All she does is discuss the racist events that happen on their campus; events that still happen in real life for that matter. It is in no way anti-white or pro white genocide that she says why something is offensive and tells those who took part in it not to do it again. Those who are offended by the show have no sound reason to be. One of the reasons this show exists in the first place, I believe, is because of the sham that is the concept of reverse racism.

Reverse racism is when a person of color is racist against a white person.

The problem with this is that racism does not mean white people being racist against people of color. Racism is discriminating against and oppressing another race due to the belief that one’s own race is superior. Therefore racism in reverse would simply be treating people as equals regardless of race. So in that respect, “reverse racism” as it is defined is a farce.

Not only that, but to be racist, one would need the power to keep a certain race from certain opportunities; power that minorities just don’t have. Therefore, the belief that anyone can be racist to anyone is not true.

The “racism” against white people that people describe is usually in regards to some sort of silly stereotype such as “white people can’t dance,” or in response to a white person receiving fierce criticism for doing or saying something that was considered offensive. I can see why that might cause someone to be on the defensive, but being told that you can’t dance is nothing compared to being told that you are less than human because of your race.

Many would say that terms such as hick or hillbilly are racist against white people, but in fact they are not. Terms such as those are classist, not racist. They are used in regards to someone’s social and economic standing, which is still bad, but there is a clear difference between racism and classism and being called a hick is nothing compared to be called n****r.