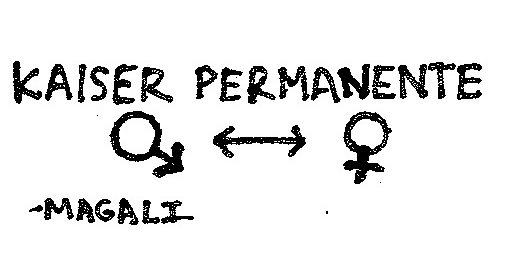 The transgender community was left out of news and society for many years, and it is only recently that trans people have been partially acknowledged in society. Now, gender confirmation surgery is becoming more socially acceptable.

Kaiser Permanente West Los Angeles Medical Center has recently revealed that their hospital will now be taking and operating on patients who wish to have a gender confirmation surgery.

The operations will be covered under the patients’ insurance, meaning that they won’t have to pay a ridiculous amount of money just to feel sane and complete on the outside as well as the inside.

Gender confirmation surgeries are definitely not inexpensive. According to CNN.com, surgeries can range from $20,000 to $80,000 by the time people have completed their transition. Up until now, insurances haven’t covered this necessity because it is deemed a “cosmetic procedure.”

Although these surgeries are now taking place, there are some requirements that Kaiser has put in place. A list from Kaiser Permanente Transgender Care Education says that the first step for any member that is considering GCS (Gender-Confirming Surgeries) is a referral to mental/behavioral health. Potential patients will eventually need two different certifications from mental health providers who are expertly trained in transgender care.

Some other important requirements include the need to be on hormone therapy for at least a year and also live as the gender they’ve transitioned to for at least a year as well. Other requirements and transgender care lists can be seen on Kaiser’s website at thrive.kaiserpermanente.org. Select the city closest to you, then click on “health care services” and finally “specialty care”. A “transgender services” option will be available towards the bottom half of the list.

Senior Drew Anderson, who identifies as a transgender male, is glad to hear that insurance is covering the surgery. “I feel like that’s a big thing that does affect the community as a whole. I don’t think it would be covered if they didn’t see it as a necessity, and that is what it is to so many people in the community,” said Anderson.

This news can be considered a victory for the transgender community after the fact that insurances have never before covered gender confirmation surgeries.