Don’t Use the N-Word 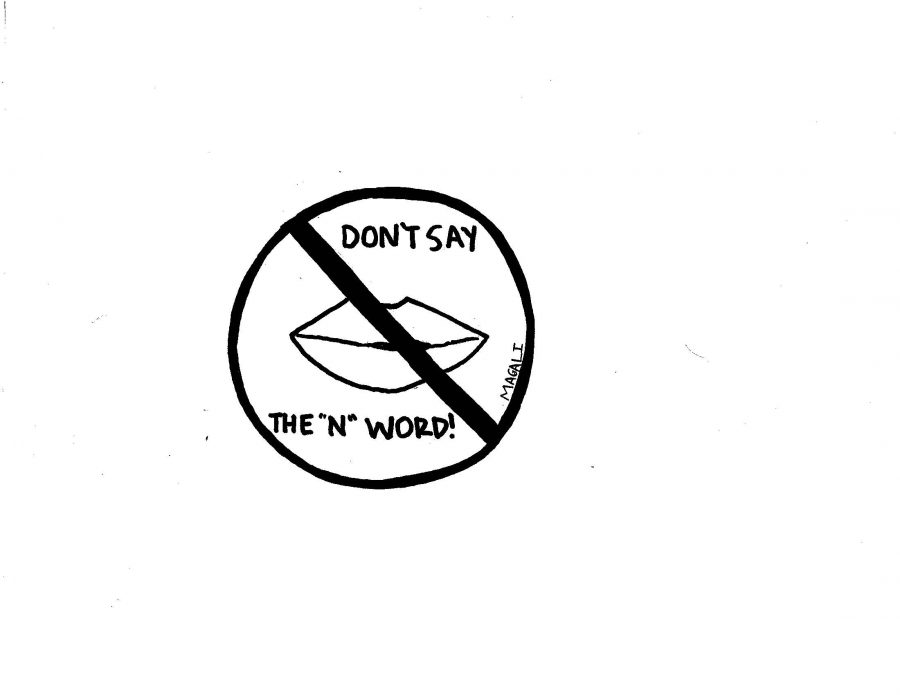 In our society, many people refer to their friends as “n***a”. It can be described as a term of endearment, somewhat like saying “buddy,” “pal” or “bro.” We see and hear this word everywhere: in social settings, in music, on television. N***a is a word that is ever present in pop culture. It’s a word that American society has become accustomed to hearing and using.

Take a second to remember where this word came from. The original word is n****r, which we can all agree is an atrocious word. It was originally used by white slave owners and racist people as a way to oppress black people. N****r is a word that is used to refer to someone they regard with contempt or hatred. Someone that they believe to be ignorant and inferior. Since this is the case, how is it okay to use n***a in the casual way we use it? Does turning it into slang and using it differently truly give it a meaning contrary to what it originally means? Of course not. No matter what we do or say, the n-word is the n-word. Nothing can change that, and no one should be using it.

The problem does not stop at n***a, unfortunately.

Even today in 2017, n****r is still used, especially since our sorry excuse for a president has gone and given a voice to hateful people whose revolting opinions have long been dormant.

The other day, I witnessed an event between a black bus driver who was chasing a white man with a broomstick. The white man began throwing many obscenities at the black bus driver, including the term n****r. I did not see the whole thing, so I cannot say that the bus driver did nothing wrong, but either way, it was not okay at all for that man to call him that and to use the n-word in general.

Even recently at our school, a student casually used n****r in an Instagram post. Many people, including students and administrators, had something to say about it. Whether or not that student meant it in a harmful way, they should not have used that word at all.

I talked to a few people who have admitted that they’re not necessarily comfortable with the n-word, but have been using it so long that it has become a habit that is hard to stop. It’s a shame that such a disgusting word has been made okay, in a sense. The best way to eliminate the n-word from one’s memory is for people to pay close attention to what they’re saying, catch themselves upon saying it, and finding a different word to use like the already commonly used “bro,” or perhaps an affectionate nickname for the person they are addressing.

The n-word has been used consistently for way too long. The fact that it even exists in the first place is wrong in every way, shape and form. N***a is not a word you should want to use to refer to your friends, and n****r is completely out of the question for anything and everything. We should all respect each other, and using the n-word is most certainly not the way to do that. Do yourselves and others a huge favor and find a different word to use.