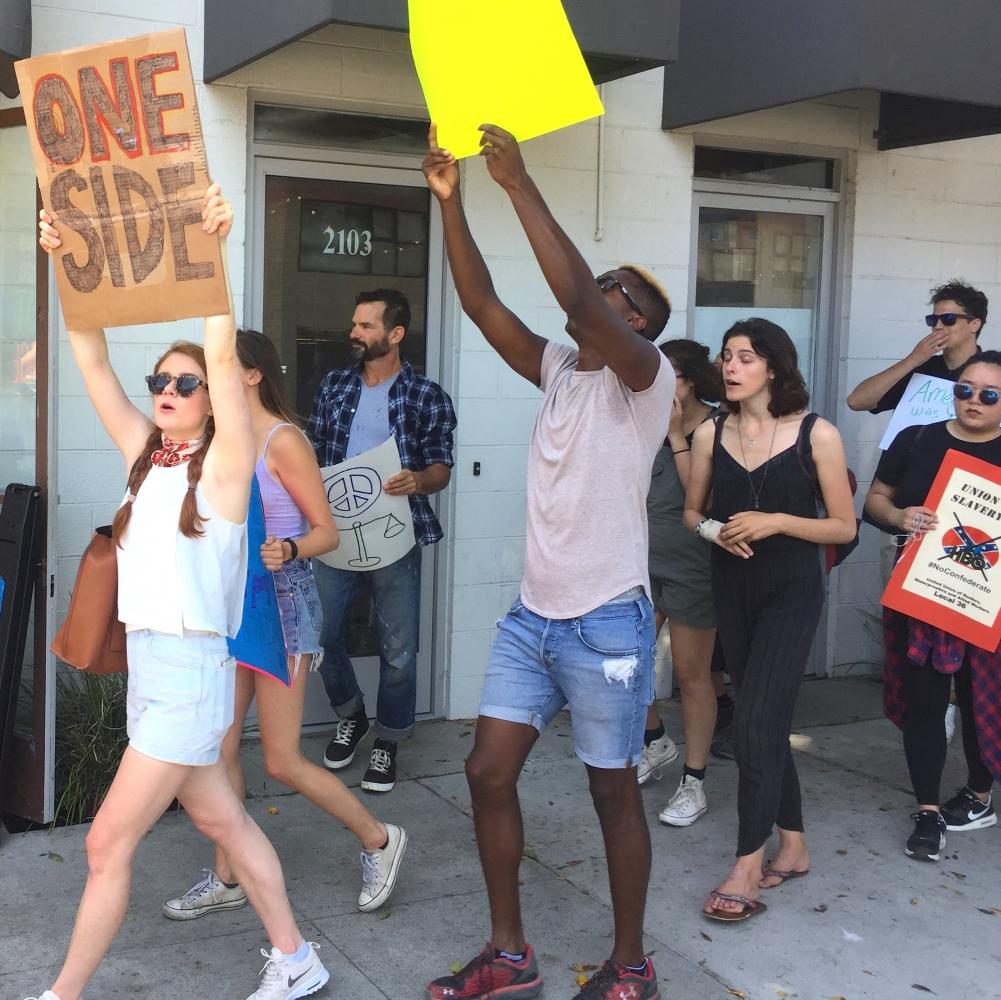 The counter-protest was a diversity march that started on the Venice Boardwalk and ended at the HBO offices in Santa Monica. The people in the march displayed anti-Nazi signs and shouted slogans encouraging diversity, according to laweekly.com.

The march went all the way to the HBO offices to protest an upcoming series that depicts what would have happened if the Confederates had seceded from the Union, according to lawestmedia.com.

History teacher Soni Lloyd, who participated in the march, believes that the alt-right should not be able to protest anywhere they want to “if they are preaching racial or gender hatred that is promoting discrimination or even genocide against certain groups of people.”

Mr. Lloyd said local law enforcement officers in Southern California should “protect our right to all be treated equally in this country, as the Constitution outlines.”

“If our president won’t take any action then we as citizens must stand up against white supremacists like the activists did at Venice Beach,” said senior Jazmyn Cervantes.

Alt-right protesters clashed with counter-demonstrators in Charlottesville, Virginia on Saturday, August 12. A car rammed into a group of anti-racist protesters and killed Heather Heyer, a 32-year-old woman, according to latimes.com.

President Donald Trump believes that both sides were to blame in what happened in Charlottesville.
“Trump is not going against discrimination,” complained Cervantes.

Many protests by alt-right and anti-racist groups like the one in Venice have occurred across the country after the incident took place.