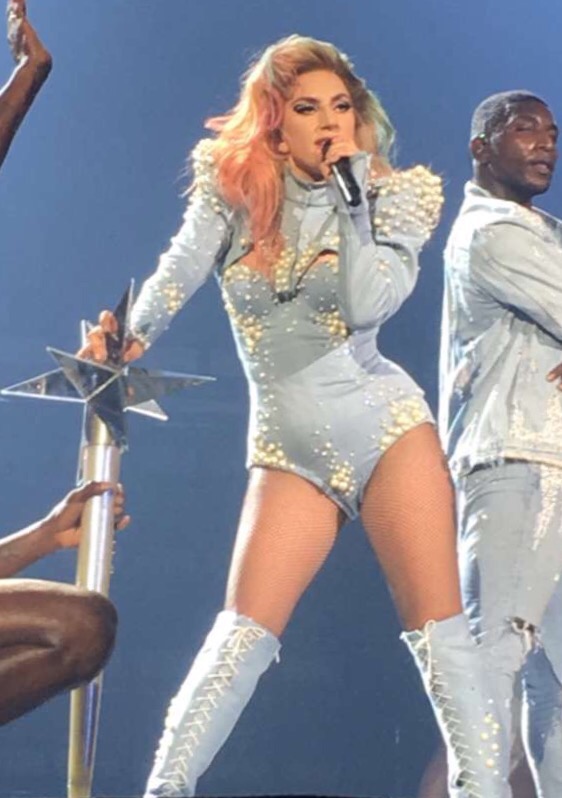 Gaga performing during her concert.

Tickets for Lady Gaga’s Joanne World Tour were released in early 2017 and fans went crazy. Tickets for most tour dates were sold out in two minutes and many fans were disappointed because they were not able to buy them at that time. Eventually, they released more tickets for these shows and scheduled even more dates to give more fans a chance to attend.

Gaga’s new album ‘Joanne’ took fans by surprise because it was more country. Some songs are still pop, but it’s different. Gaga’s last tour was in 2015 and it was her jazzy ‘Cheek to Cheek’ tour so it was more relaxing and not as crazy as her previous shows, so we’ve been waiting for old Gaga to make a comeback.

Her first stop was Vancouver, Canada on Aug 1, and the last show will take place in Los Angeles on Dec. 18. Although she already performed in Los Angeles twice, she will be back for her final show in December.

By now, fans know the setlist and how exactly the stage is set up because it was posted on Twitter, so they all know what to expect. In her previous tours, she’s added new songs to her setlist as she goes, so fans are hoping she does that for this tour.

I went to Lady Gaga’s second LA show on Aug. 9 and it was the best night of my life. I paid $100 for general admission and waited outside from 6 a.m. to 7 p.m. when the general admission doors opened. When we got inside, there were many people in the pit who had early admission. My friend had early admission, so she let us go up to the front with her. We were second row and we waited until 9 when Lady Gaga finally came out.

When the show was about to start they put a countdown of 10 minutes and after those 10 minutes she opened with her song ‘Diamond Heart’ and everyone went crazy for her. We ended up at the barricade after a few songs. We were so close. It was great. After songs they would put interludes to keep us entertained while Gaga had a costume change. During her song ‘John Wayne’ she had flames fire up when the beat dropped so it looked spectacular.

We moved around because Gaga had set up 3 stages and we knew what songs she was going to perform on each one. Her last song was ‘Million Reasons’.