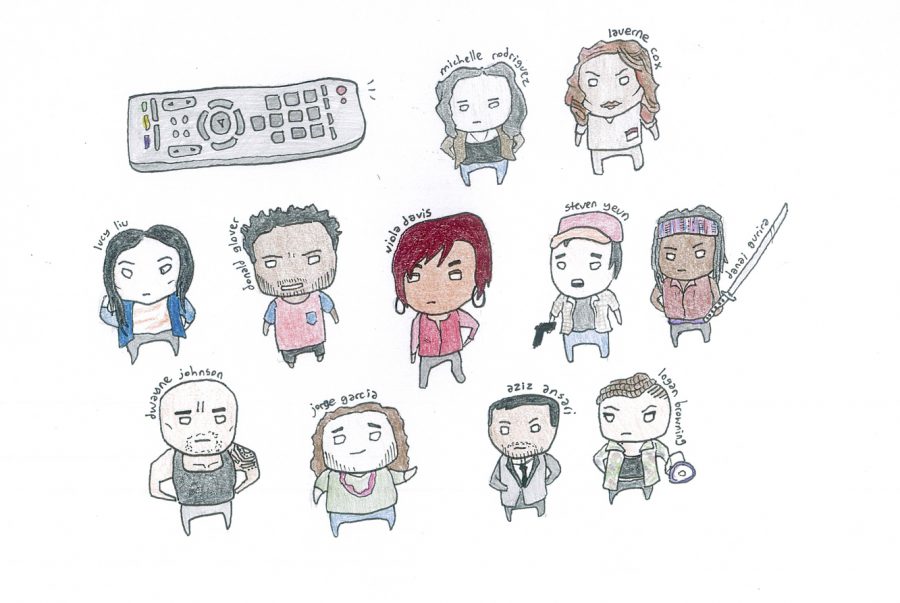 In the 2017 Hollywood science fiction production “Ghost in the Shell,” the casting choice of Scarlett Johansson had been condemned for the “whitewashing” of Motoku Kusanagi, a Japanese character. Guy Aoki, the Founding President of the Media Action Network for Asian Americans (MANAA) emphasized,”Hollywood continues to make the same excuses, that there aren’t big enough Asian/ Asian American names to open a blockbuster film.”

Minorities are often underrepresented as leading actors in films, as TV show creators, and as writers, without the well deserved recognition of the importance they hold in society.
According to Paige Austin on patch.com,

“When evaluating race and ethnicity of characters in film and television, 71.1 percent were white, 12.2 percent black, 5.8 percent Hispanic/ Latino, 5.1 percent Asian, 2.3 percent Middle Eastern and 3.1 percent considered other,” according to Paige Austin in an article on the lack of diversity in Hollywood on Patch.com. Casting predominantly white males in TV networks limits the amount of racial diversity, leading to discrimination within the entertainment industry.

Promoting cultural, gender and racial diversity within TV networks creates a sense of equality and allows the audience to feel a connection with actors, performers, etc. Audiences prefer to be able to view themselves on screen, and the reality that minorities together comprise the majority of society. The casting of minorities in more TV shows reflects the world around us, as well as the significant role they play in society.

Teenagers can promote racial diversity by their viewing of shows such as “The Fosters,” “Scandal,” “How to Get Away with Murder,” “Orange is the New Black” and “Blackish.”