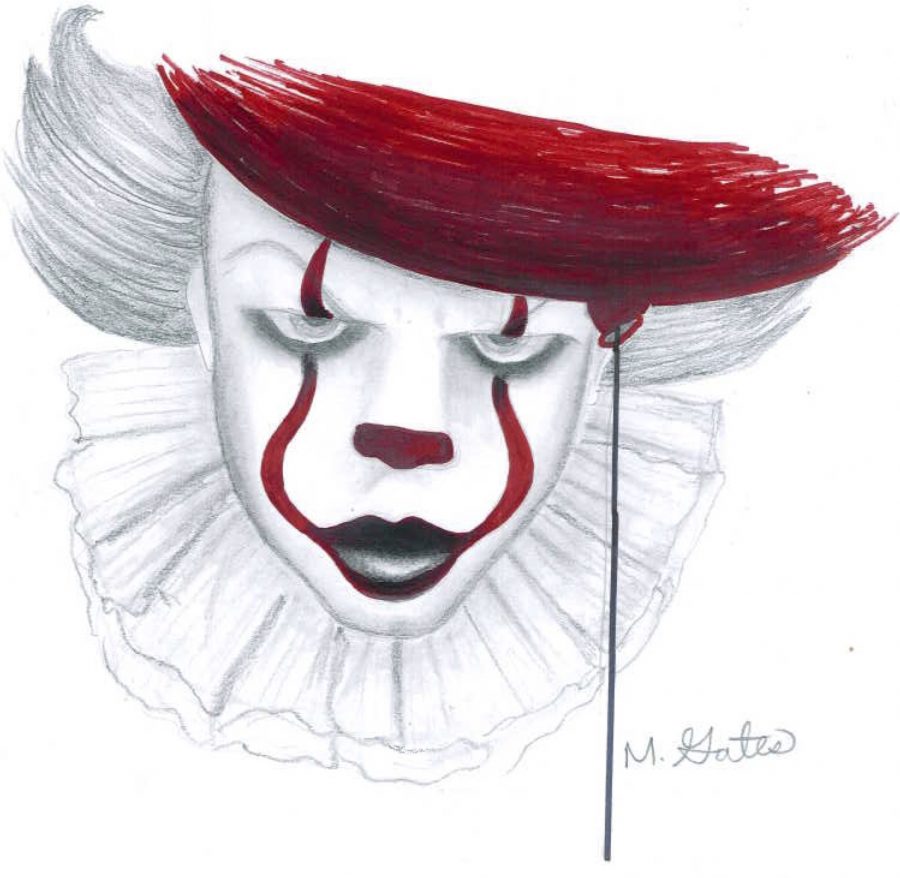 Afraid of clowns? How about homicidal clowns who feed off of fear? Stephen King’s novel “IT” has made it to the big screen. The plot follows a group of middle schoolers through their small town in Maine as they face off with Pennywise, the dancing clown.

He didn’t have to try so hard to scare the audience. He kept a creepy yet bashful persona with random burst of eccentric hostility. The audience never knew what to expect from Pennywise.
The child actors playing the members of “The Losers Club” are what made this film so great. Terrorized, the club members had to come together to protect themselves. The bond they formed gave the film a sense of humanity. The child actors neutralized the tense, horror-filled moments with childish banter and comedy such as jokes referring to their virginity. Keep in mind they’re about 14 years old.

This film did an excellent job of showing the growth of each character from the beginning till the end. The overall message was the importance of friendship and staying together. In the beginning of the film the seven teens only come together because they all get bullied, but in the end, the group becomes a family. This is one of the only horror films that will leave you wanting to see it again.