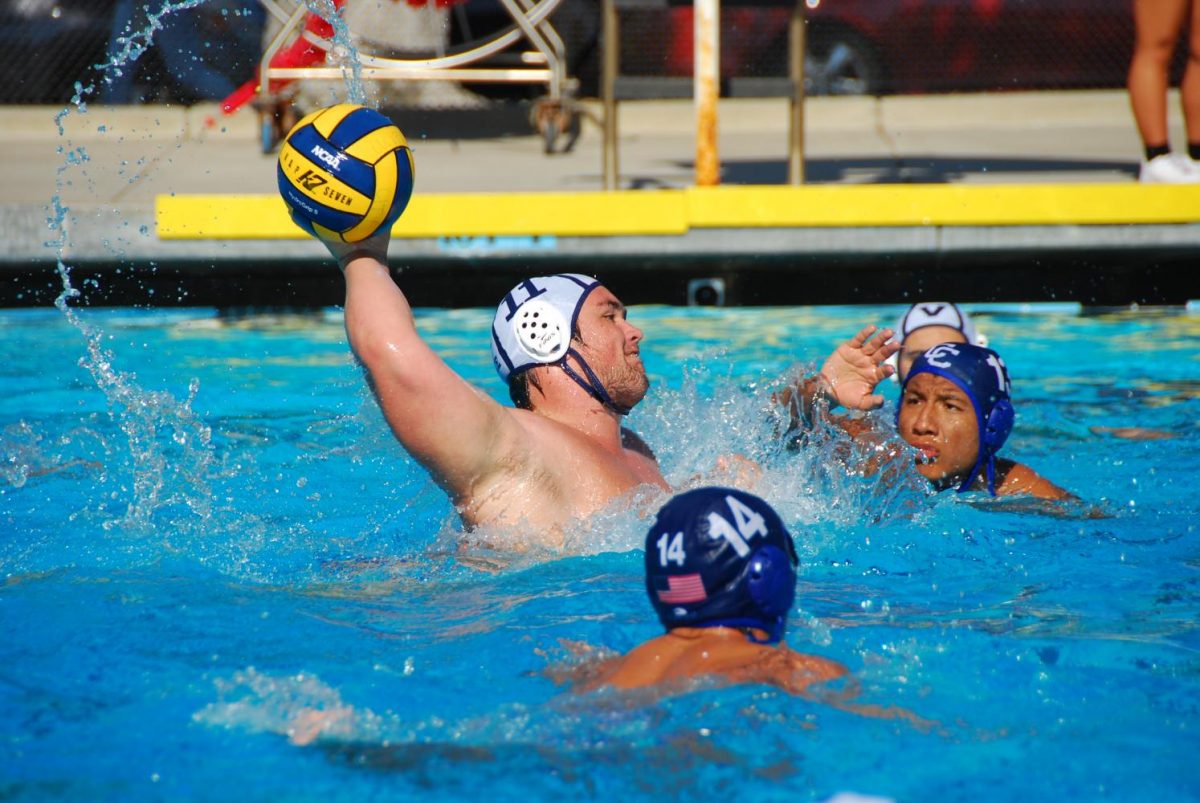 “This is the first year we’ve had to make cuts,” said Senior Captain Ian Nickels. “We have a huge team this year.”

Both captains Nickels and Lukas Olesinski have been on the team since their freshman year and are both excited to hopefully lead the team to success.

“My expectation this year is to make it to semi-finals.” said Nickels. Last year the boys made it quarter-finals. They were excited for their game against Culver City, Sept. 29 after their win last season.

The boys water polo coach, Luis Ortega, says that his team has a lot of progress to make. However, he believes the boys have improved since they first started practicing in August.

“It’s going to be hard game, as playing Pali usually is, but I know it’ll be good.” said Ortega talking about the Pali game which was on Oct. 4th. The next home game is Friday Oct. 16 against San Pedro at 3:00 p.m.

Harrison Van Aken, a varsity player on the team, says they’ve done well so far and are progressively getting better. His goal for the team is to go to CIF finals which he believes they can achieve if they work hard enough.