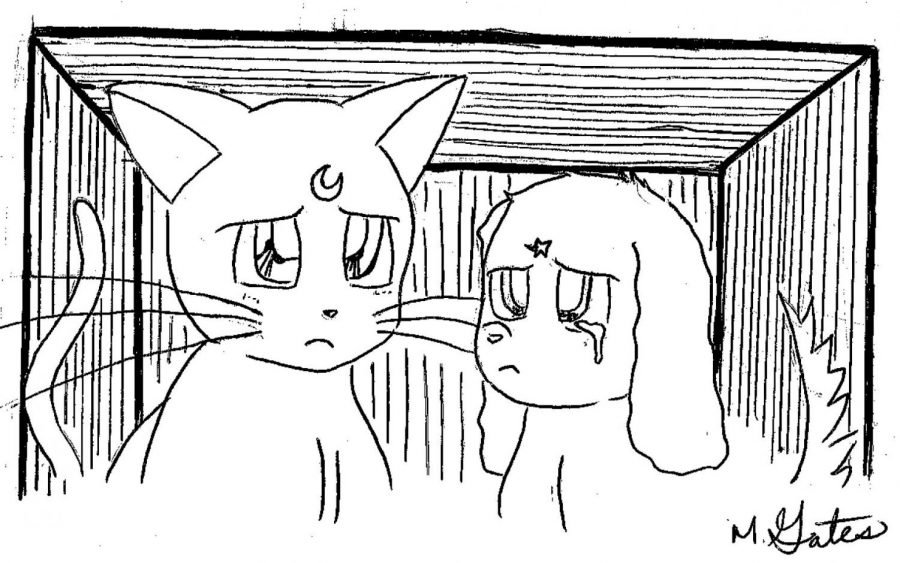 When a family decides to get a pet, it’s always an exciting time. Whether your family is getting a cat or dog, everyone will be excited at the idea of having a new furry friend around the house. But what most people don’t take into consideration is where their pet is coming from.

Most people will instinctively go to a pet store to pick out their perfect pet, but after reading this article I hope people choose to adopt their pets from animal shelters instead.

I know the idea of having perfect, purebred puppies or kittens (yes, purebred kittens do exist) is what’s most appealing which is why people buy from pet stores, but a lot of people are clueless to the fact that these perfect pets aren’t so perfect.

The animals you get at a pet store may seem flawless, but pet store animals’ health has been put at risk because of breeding. According to the website for the People for the Ethical Treatment of Animals, “inbreeding causes painful and life-threatening genetic defects in “purebred” dogs and cats, including crippling hip dysplasia, blindness, deafness, heart defects, skin problems, and epilepsy.”

Another disadvantage of not adopting is that all the perfectly healthy animals at shelters end up being put down because they are never adopted. So not only does breeding affect the animals who are being bred, but animals in shelters too.

According to the American Society for the Prevention of Cruelty to Animals’ website, approximately 1.5 million animals in shelters get euthanized each year: 670,000 dogs and 860,000 cats.

These are the reasons why I strongly believe that everyone should adopt their pets rather than getting them from pet stores.

You would be saving a shelter animal’s life and also going against the breeding that causes health defects to so many innocent animals.

There are a handful of animal shelters near Venice where you can adopt a new furry friend including West Los Angeles Animal Shelter and NKLA Pet Adoption Center.