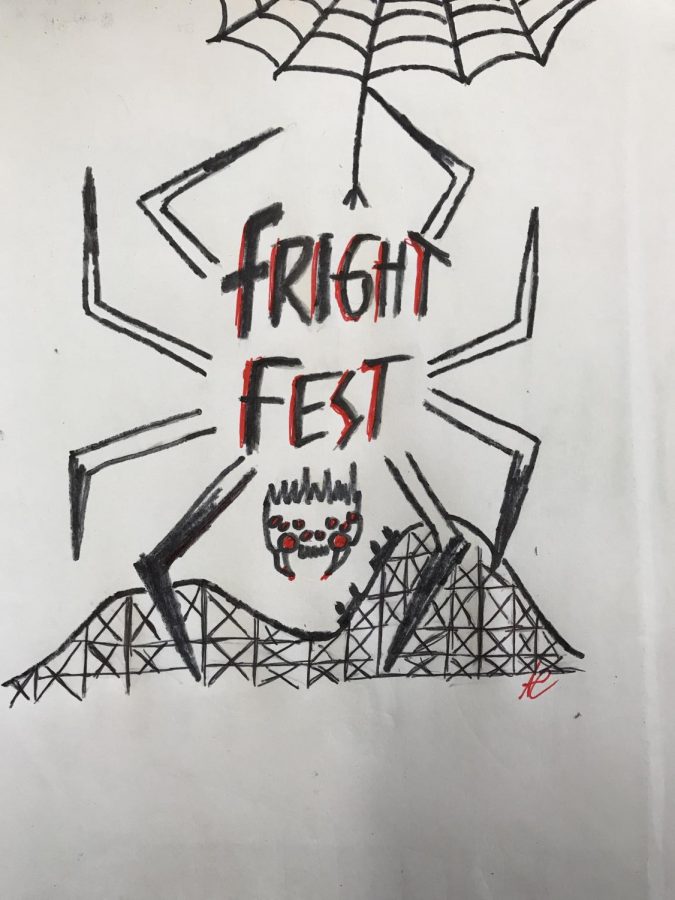 Halloween brings about the excitement for scary movies and horror-themed amusement parks. Six Flags Amusement Park has set up for the seasonal event of “Fright Fest,” a yearly anticipated event that takes place every weekend from mid-September to Halloween. At 8 o’clock at night, zombies, monsters, and ghoulish creatures make their dramatic entrance and spread to different areas of the park in hopes of scaring people.

Based on what friends told me about previous years, Six Flags didn’t seem to put a lot of thought into this year’s “Fright Fest” as it seemed a little rushed and lazy. While the makeup, prosthetics, and costumes done on the actors was incredible, no one seemed eager to scare anyone and most of the time they aimlessly walked around and only stayed near the entrance of the theme park. There could have been more monsters trying to scare people because the crowd was so big and not everyone got a chance to get spooked. Whereas the ghouls at the Haunted Hay Ride at Griffith Park were very convincing.

It would have been better if the actors chased people or popped out of bushes and dark corners, but they just kept on walking up to you which was predictable and easy to see coming. Some of the actors could have also been more aggressive about being scary.

There also weren’t any Halloween-themed decorations at Fright Fest, although fog machines made it difficult to see, and there were only a few haunted mazes. However, the actors were equipped with knee pads which helped them to slide on the ground and jump scare many people which was a pretty cool and effective tactic.

Although this year’s “Fright Fest” was a disappointment, the turn-out on Oct. 1 was still pretty good and the park was pretty crowded until closing. Mainly young kids were spooked the most, whereas teenagers and adults were indifferent and seemed pretty disappointed with the lack of actors.

The Oarsman gives Six Flags “Fright Fest” a 4/10. Do not waste your money on this event.