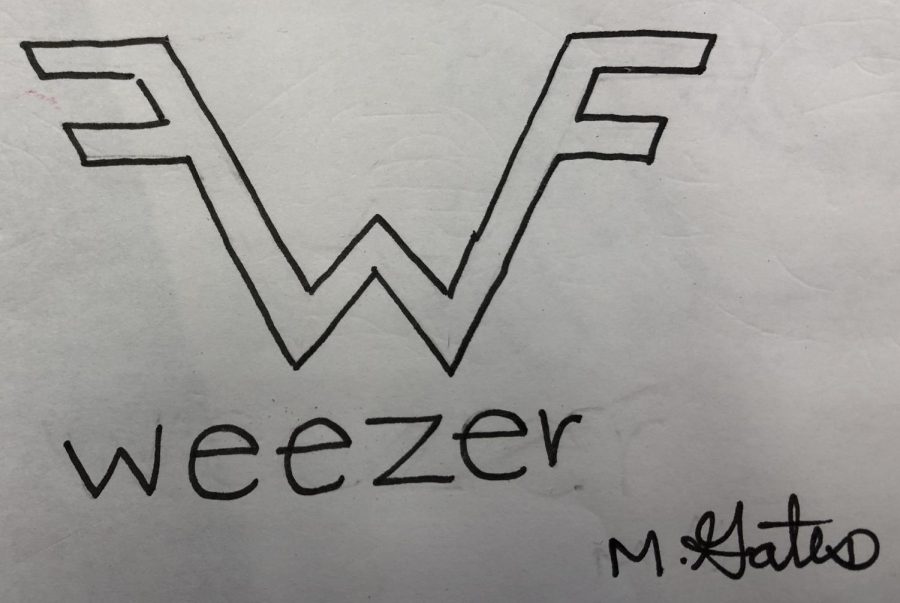 On Oct. 27, the American rock band Weezer released their 11th studio album “Pacific Daydream.” Originally the album was going to be called “The Black Album” as a follow up to their self-titled album (also known as the “The White Album”) from 2016, but as songs were written, the band decided to not go with that title because the tone of the songs didn’t fit well.

This is Weezer’s second album with the music management company Crush Management. The band had begun working on this album soon after their 2016 release. On March 16, Weezer had released their first promotional single off Pacific Daydream, “Feels Like Summer” which was a cheerful tune.
Then on August 17 they released another track, this time “Mexican Fender” along with a music video, the album title, and art.

After “Everything Will Be Alright In the End” and “The White Album,” this album is a little bit of a letdown. The first track of the album “Mexican Fender” sounds like a rip off of J. Geils Band’s “Love Stinks.”

“Beach Boys” is an obvious tribute to The Beach Boys, who were a big influence on Weezer. “QB Blitz” is a pretty cool song where the singer “Rivers Cuomo” throws in plenty of Star Wars references.

As the years go by, Weezer just goes further from their original sound and head into the pop direction. For many life-long fans, this is a huge disappointment. Fans of Weezer’s earlier albums wish that the band would go back to their 90s grunge sound but, as the last few albums show, that is not going to happen.

I also didn’t like the time that Weezer decided to release this album because it has a summer beach day vibe. This would have been perfect to be released in June or July rather than October.

Overall, I would give the album a 6 out of 10. This isn’t the worst album Weezer has put out. Fans would agree “Make Believe” is pretty bad and “Raditude” is basically unlistenable. However, it isn’t as good as “Pinkerton” which is arguably Weezer’s best album or Weezer’s debut album “ The Blue Album”.