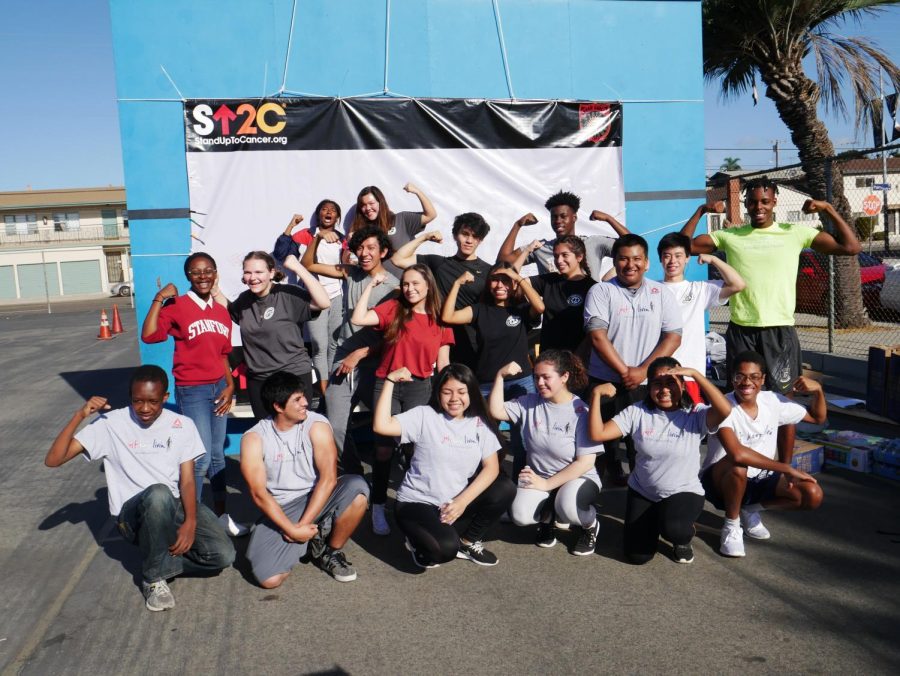 October is National Breast Cancer Awareness Month. For the past eight years Venice High School has organized the Pink Out fundraiser, to raise money and awareness concerning cancer.

“We don’t have enough funding for research going to these issues,” explained Ms. April White, who teaches biomedical and chemistry classes at Venice. “We have a lots of students at our school and staff who are personally affected by cancer. They’re your peers. They’re your teachers.”

This year, White joined efforts with Ms. Kirsten Farrell, who teaches sports medicine, and Ms. Luisa Eames, who oversees the Associated Student Body Leadership. In addition to the annual Pink Out, White helped raise money for and organize another fundraiser called Crush Cancer.

Small cardboard boxes were placed in every classroom where students could donate spare change. Leadership is still in the process of counting the money collected. In addition White set up an online donation page for Venice High on crowdrise.com where $993 was raised by several of her students and herself.

The Crush Cancer event itself is a collaboration between several local gyms to benefit the nonprofit organization Stand Up To Cancer. Hosted at Palms Elementary School, it consisted of an intense workout routine in which people dedicated an amount of money per exercise repetition. Over a dozen students from Venice High volunteered at the event, helping set up equipment and count the athletes’ reps.

The proceeds of the combined fundraisers will go half to Stand Up To Cancer and half to the Susan G. Komen Foundation for Breast Cancer.

Cancer is a group of related genetic diseases, all of which involve abnormal and unregulated cell division. A mass of cancerous cells can grow and spread invasively, interrupting the normal function of nearby tissues.

According to the Center for Disease Control, cancer ranks as the second leading cause of death in the United States.