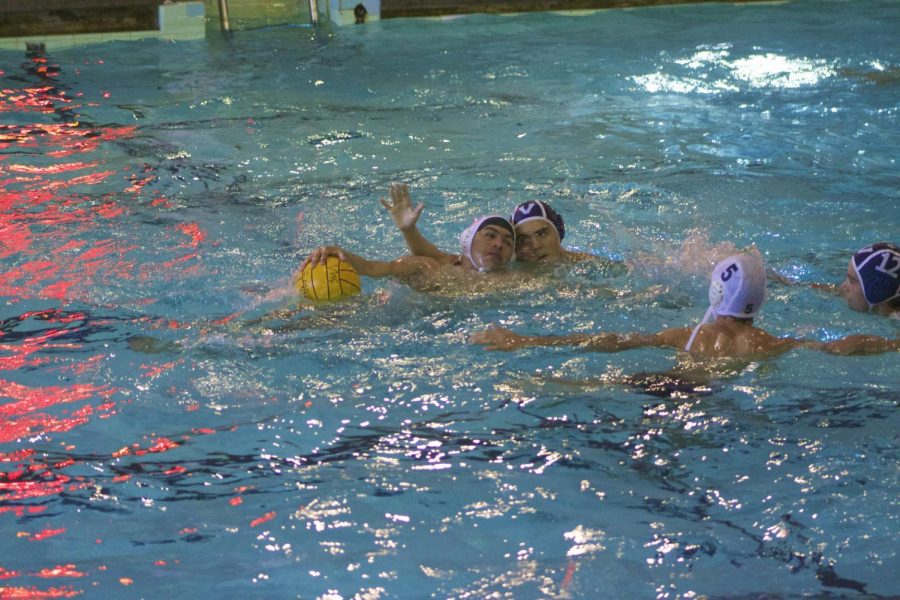 Venice's waterpolo team in a home game against LACES.

The boys water polo team took on their second victory against San Pedro on Wednesday Oct. 11 with a score of 15-5.

Their record overall is 6-6 and 5-1 for league games, after Banning forfeited on Oct. 18. The only school they have lost against was Palisades, twice.

The team is on their way to playoffs to hopefully achieve their goal of winning semi-finals which is on Nov. 7th which they are practicing hard for. Reaching the semi finals has been their goal this season.

Last year the team made it to the first round of play-offs.

Simon Chiao, a varsity player, explained how his biggest accomplishment this season was becoming a varsity starter.