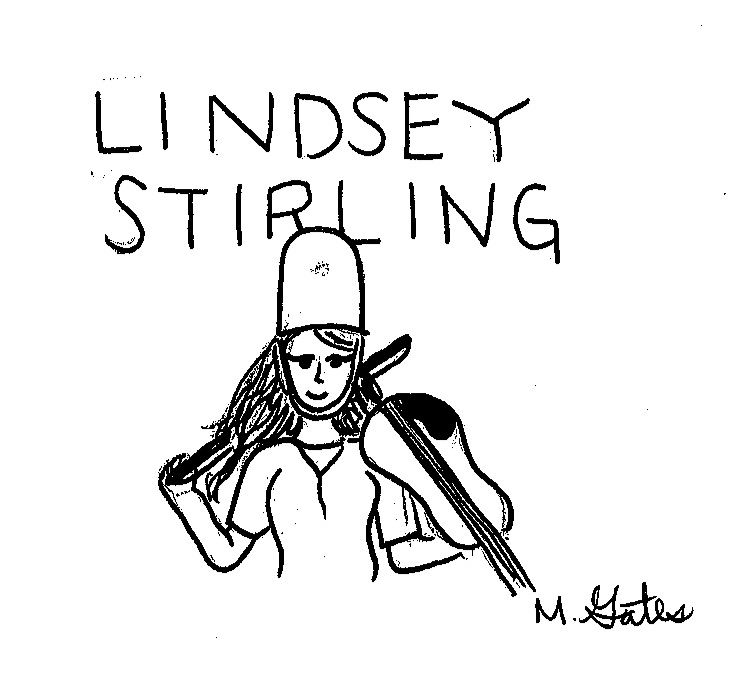 Lindsey Stirling, an American violinist from Arizona, has recently come out with her new Christmas album named ¨Warmer in the Winter.” Stirling is talented but makes her violin the star of the show while dancing to the rhythm of her own music.

The album, which is mostly instrumental, contains 13 songs including such Christmas classics as ¨Let it Snow,¨ ¨All I Want For Christmas is You,¨ ¨You’re a Mean One Mr.Grinch,¨ ¨ Silent Night¨ and more.

She features Becky G. in one of her songs named ¨Christmas C’mon¨ My personal favorites of hers are ¨I Saw Three Ships,¨ ¨ Dance Of The Sugar Plum Fairy,¨ ¨Carol of Bells,¨ and ¨What Child Is This?¨
She appeared on “America´s Got Talent” in 2012 but was sadly eliminated and told that her act was different from a classic violinist because of her dancing. She was told that her act wasn’t enough to fill in a Vegas stage.

They were right then, though today the stage would be too small to fit her millions of followers. Being eliminated didn’t stop her from becoming the amazing and wonderful violinist she is today. Not only that, but she dances while playing her violin as she is entranced by her own music and entrances others.

After being eliminated she uploaded video after video on YouTube and gained millions of followers in her past several years. She appeared this year on “Dancing With The Stars” with her partner Mark Ballas and they got second place. Not only did she dance beautifully with Ballas, but she even played the violin one time as they danced.

Now she has over 10 million followers on YouTube and is a very popular performer. She is an inspiration to many of her followers and should continue to be over the years.

Her album, ¨Warmer In The Winter¨ brings up the Christmas spirit with smooth, uplifting, soft, warm music that makes you relax, forget your worries and enjoy listening to the music or it makes you jump up and dance along with the rhythm of her violin.

Her albums are out now on Spotify, iTunes, Amazon,and Target. She is on tour now and will be performing in L.A at the Microsoft Theater on Dec.21 so buy your tickets now! There will be more information about the tour on her website at www.lindseystirling.com and you could buy your tickets there.