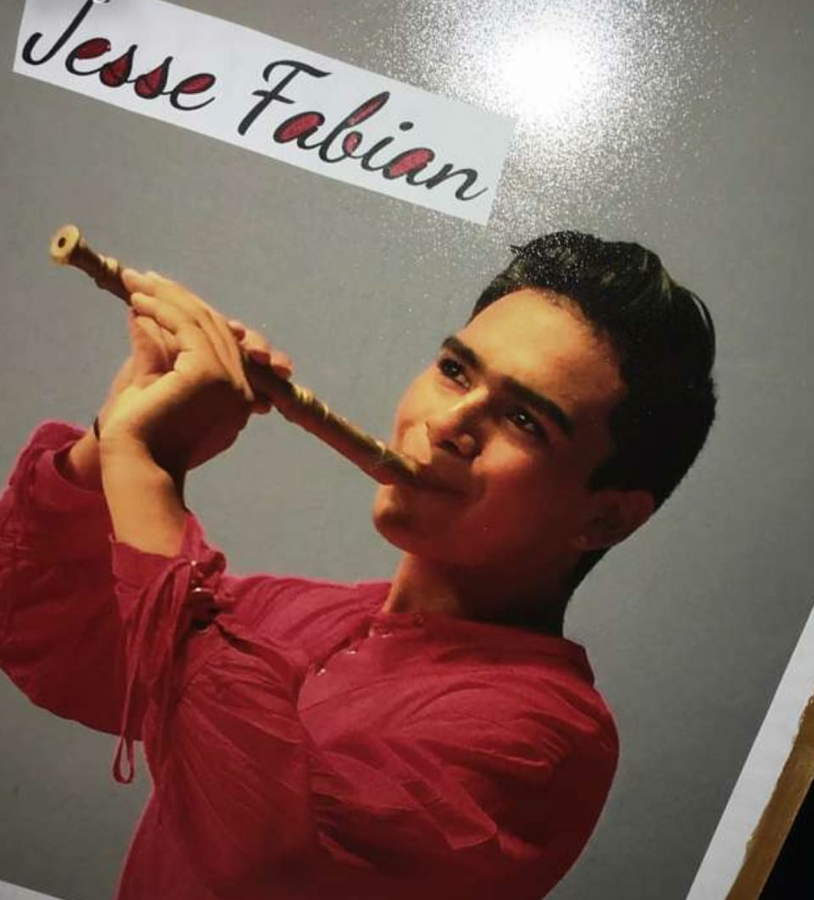 Jesse Fabian played Pied Piper in "Happily Ever Once Upon."

“Happily Ever Once Upon” was a successful play performed in December by various students from the Venice High drama department. Jesse Fabian, a 10th grade student, played the role of the Pied Piper, the musical magician who is followed everywhere where his music is heard. I was fortunate enough to sit with the actor backstage after and ask him various questions about his experience in the play.

How do you impact Venice’s community by being in the Theatre Department?

“I and my fellow thespians impact Venice’s community by bringing joy into their lives and giving people a chance to enjoy the world’s theater for once that isn’t on a movie screen and reclining seat. We bring them into the world of theater on stage and give them a reason to escape reality.”

Have you had any challenges by being in the Theater department?

What are the benefits of being an actor at Venice?

“Some of the benefits that come as being an actor would be learning so many life lessons in theater, such as always being prepared in life, coming to rehearsals on time, the same thing you would do for an interview for a job . Not only have I learned many life lessons but I have a second family away from home, a family where we love and care for one another so much and where we can go to people to lean on when we are having troubling times.”

How has theater personally impacted you?

“Theater has impacted me in so many ways. It’s impacted me in ways to grow as a person and learn from some of the mistakes that the characters I play and make sure i don’t do those same mistakes in my life. It also has helped me focus on school work more and be a hard worker to be eligible to perform. It helped me connect with friends and I feel connected with my sister a bit more now that she too has joined theater. I would never trade anything for my theater family.”