Shara Wade: Star of the Season 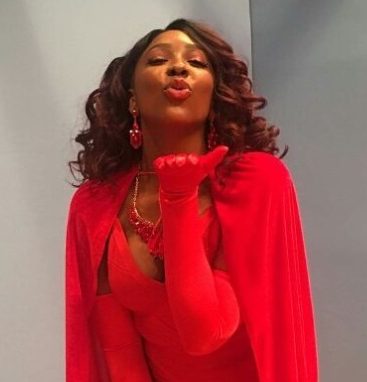 Shara Wade as Little Red Riding Hood in the play "Happily Ever Once Upon."

This winter Venice High Theatre Department  presented “Happily Ever Once Upon”. This spotlight shines a light on one of the favored actors in the play, Shara Wade.

Wade played Red Riding Hood and this character had a seductive, manipulating, and sneaky personality that caused trouble and shook up the kingdom. This was also Wade’s third production for Drama Club at Venice High, and she’s also has been in “Wizard of Oz”, “Annie.Jr”, and a non-profit short film about a corrupt family when she was younger.

“Being in this play has been a great experience for me, also having been in “Dinner Theater” and “Seasons Of Love,” said Wade. “Drama Club keeps getting better and better. I really like acting like someone else and it was also amusing to see the audience’s reaction when I came out on stage.”

“My goals for drama club is for it to be at its highest peak next year allowing all actors to come and join an participate in next year’s play,” said Wade.

Wade is taking over Venice High. She is not only an actor, but she is the Associated Student Body president and the president of Black Student Union as well. This is Wade’s third and last school year at Venice..

Next year it will be the annual 40th year anniversary of the movie Grease being filmed at Venice High School. Because of this, the drama department is deciding between “Grease” or “Into The Woods” for this special occasion.

“I’m not sure that I will be performing in the next play due to the fact if everything is on track for college and if I am not acting in it, then I will definitely be watching. Though I liked this play and this year’s cast, we all did well by clicking with each other. Even though we had our ups and downs we managed to bring the roof down when it was time for the performance,’ she said.