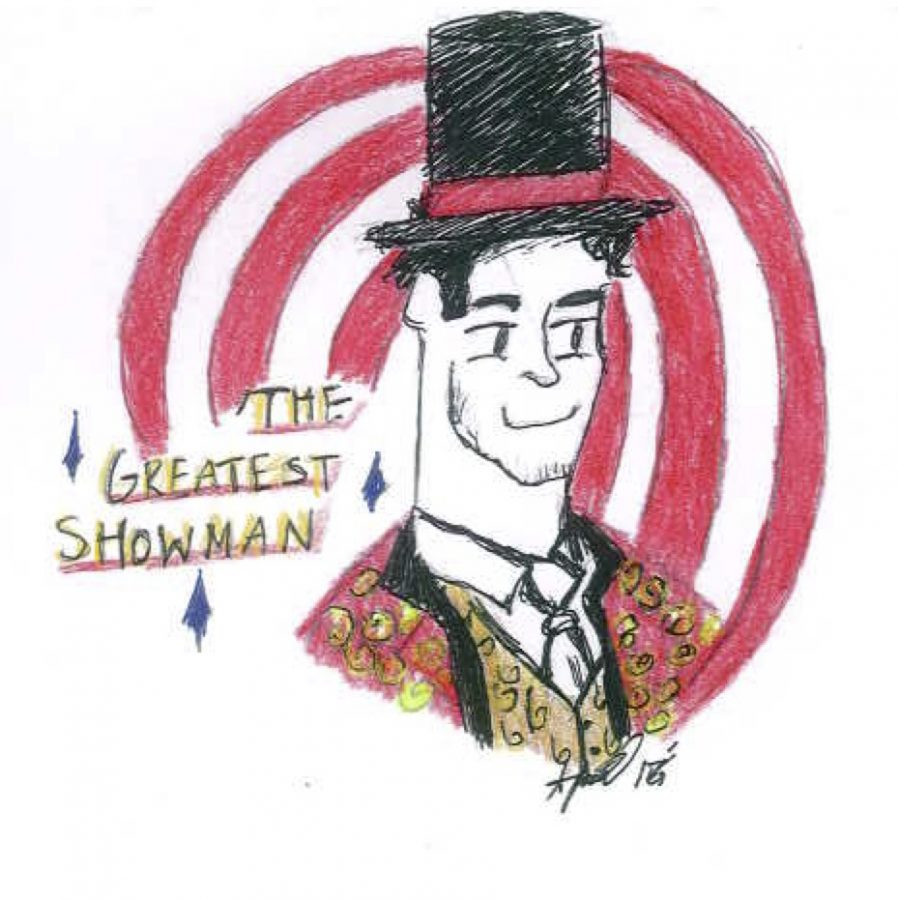 Drawing of the Greatest Showman

The Greatest Showman is a magical and inspiring musical film based on the true story of a showman by the name of P.T. Barnum (played by Hugh Jackman) who founded one of the first successful circuses in American history. The story centers on Barnum, his poor upbringing, his wife, Charity (played by Michelle Williams) his kids (played by Austyn Johnson and Cameron Seely), and his worldwide success of putting together an entertainment show full of misfits and society’s deemed “freaks.”

Viewers also get to enjoy a forbidden love story between Anne Wheeler, a black woman (played by Zendaya Coleman) and Phillip Carlyle, a white man (played by Zac Efron.) Since the story is set in New York in the late 1800s to early 1900s, Wheeler and Carlyle’s relationship was looked down upon and shamed by society during a time where there weren’t many interracial relationships and society was segregated. While interracial relationships aren’t a new phenomenon nowadays, this film sheds light on an important topic that needed to be discussed, and does it in a brilliant way. Coleman and Efron do a wonderful job portraying these characters.

This film was accompanied by a great original soundtrack and was nominated for three Golden Globes, and won one for Best Original Song- “This is Me.”

The Greatest Showman, rated PG, is now playing in theaters everywhere. Go see this incredible movie full of wonderful singing and dancing, a great love story, and a theme of rejecting society’s norms and being true to who you are.

The Oarsman gives The Greatest Showman an 8/10.