Girls Soccer Team Hanging in There 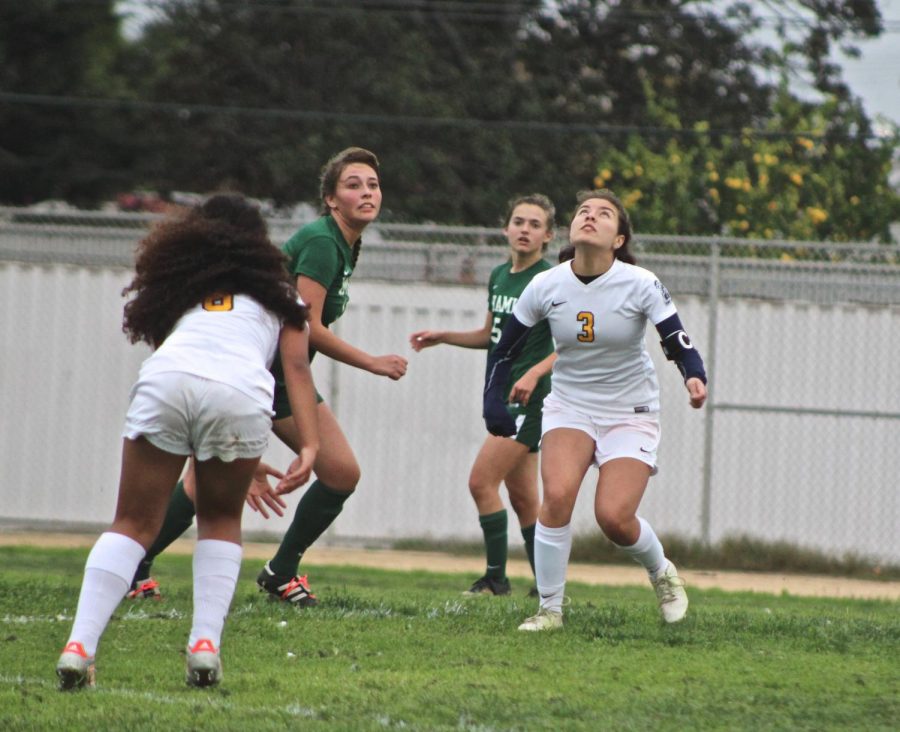 Valeria Romo awaits for ball to drop back down

The varsity girls soccer team got off to a rocky start and has been trying to come back this season. The overall score this season in the charts is Venice 2 ties and 2 wins out of nine games. The most recent game that they played was at LACES on Jan. 26 and Venice lost 1-4. The season is about to end and whether the team makes it to the playoffs is still unknown.

“This year we lost a lot of our experienced and skilled seniors,” said Corpuz. “However, the new squad we have this year has a lot of heart, and shows up and plays hard!”

Coach Jose Palomares encourages the girls to do better and to shape up as the season ends. Having Palomares as the new coach of the soccer team has had an overall affect, according to team members.

“We are not going to give up without a fight this season and we will work hard to proceed as a team.” said Palomares

According to Medina, the team is hanging in there despite the strong players that left after last season though the team does have a lot of ambition and still is growing. The next game will be at Venice against Palisades on Friday Feb. 2 and starts at 2:30.

“As a team captain, I answer questions to anyone and try to make everyone feel included and happy,” said Romo. I communicate with them on the field and try to help them out in certain situations in the game. My team has a special bond so not only do we come together on the field, but as well as outside of school and we love each other so they mean a lot.”