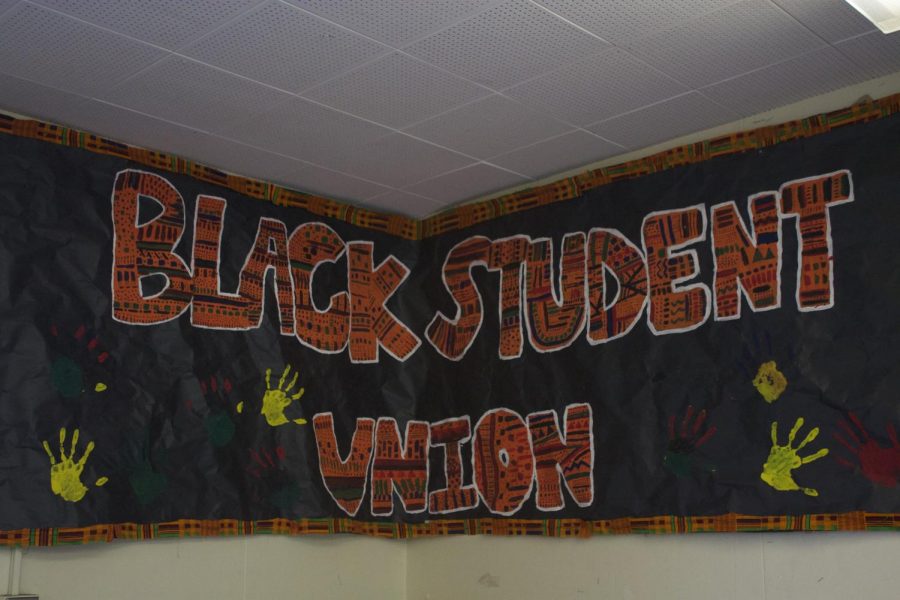 The banner of the Black Student Union, posted in Ms. Thrasher's room.

The Black Student Union has been working since last semester in preparation for Black History Month and has organized different events such as Rep Your Roots Day and a Swahili phrase raffle. The group has also organized a Black History Month Assembly which will take place during fourth period on Wed Feb. 28.

Every day during the announcements, a different black historical figure has been highlighted, building up to the assembly. According to BSU members, each figure was deliberately chosen due to the fact that they are uncommon, overlooked figures that were very important in the fight for civil rights and other sociopolitical movements, like gay rights.

“I’m kinda tired of hearing about all of the popular African American figures,” said Zaire Mayfield. “We need to talk more about the ones we don’t really hear about because all of them deserve to be known.”

“Most of the people I found, I didn’t even know existed,” said Olivia Atlas about the daily short biographies that are read over the P.A. system. Atlas wrote each of the biographies.

The BSU also held a raffle in which participants were asked to recite the Swahili word/phrase of the week or recall some information about a black historical figure that was announced. In exchange for a correct answer, the participants were given a raffle ticket.

At the assembly, students will perform songs and dance routines, spoken word, and poetry. All of the performers have auditioned and are rehearsing every day at lunch. All of the participants will be dressed in some form of traditional African patterns and cloths.