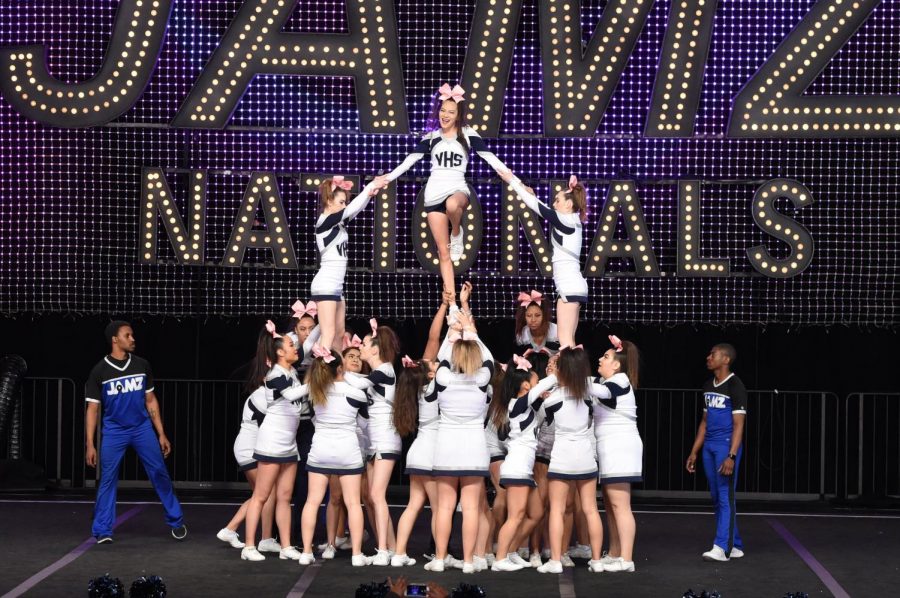 This past weekend Venice’s cheer team placed third in the nation at the Jamz Cheer and Dance National Championship in Las Vegas where they competed against schools from all over the country. The dance team placed fifth in the competition.

The teams spent many stressful weeks practicing and getting ready to represent Venice in Las Vegas. Practicing three times a week got pretty intense with them doing everything from tumbling to stunts, said varsity cheer captain Adamarys Abad. The group of almost 35 students led by coaches Joana Trocan and Valeria Rivera and traveled to Nevada in vans on Thursday, Feb. 22.

After dealing with some hardships, like two of their stunts falling the first night, the cheer team came back the next day ready to take the stage.

“I think the first day we could’ve been less nervous and that would have helped our stunts go up,” said varsity cheer captain Kelly Lopez,” but the next day we left the stage feeling accomplished of what we did on that stage.”

“I am proud of my team, even though the first day was rough.” said Abad, “The second day we did pull through and move up from fourth to third place.”
Venice’s dance team took fifth place overall after the dance portion of the competition on Friday afternoon.

Despite last-minute changes to the routine, the many new strong dancers along with the veterans were able to come together and put on an amazing performance.
“I’m happy with the outcome,” said varsity dance captain Arshia Smith “but at the end of the day being with them was what made the trip that much more special.”