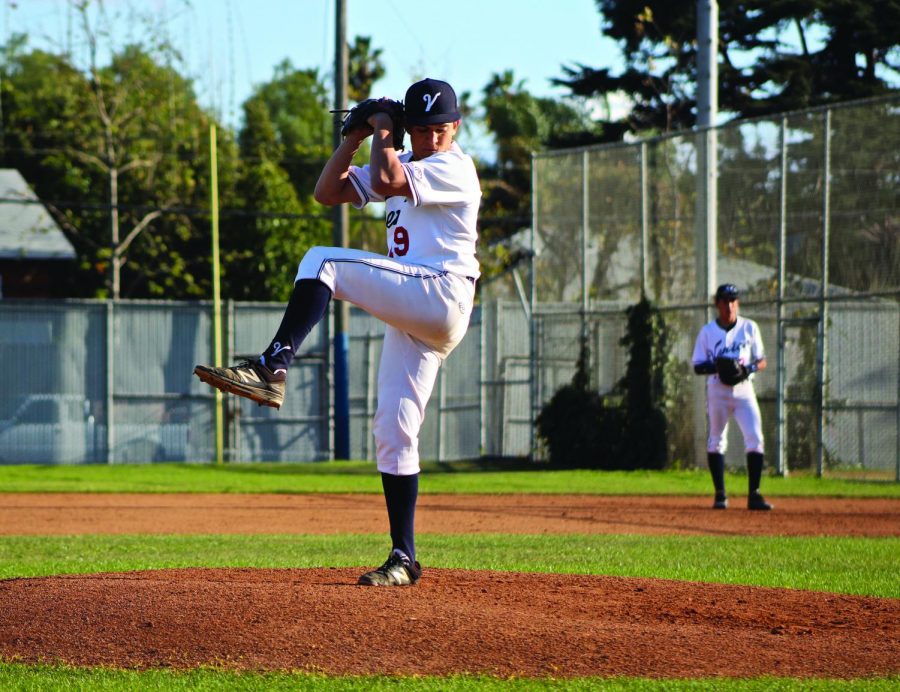 # 19 Jacob Manzella winds up for a pitch.

With league games coming up, the Venice varsity baseball team is ready to start working towards a good season.They are currently still in preseason. In their most recent game against Campbell Hall they won with a score of 8-3.

¨Our last game they finally pulled it together,¨ said Varsity Baseball Coach Kevin Brockway about their previous game against South Gate where they won with a score of 6-1. ¨They played hard through the whole seven innings.¨

The team is hoping to keep the same momentum throughout the season. For the past two years, the baseball team has claimed the title of Western League Champions and are hoping to keep it.

When asked what it would take to be champions again, varsity baseball Captain Isaac Razon said, ¨ We need to work as a team and continue to get better every day.¨

Razon also suggested the team get better at defense to help them compete against other tough competitors such as Palisades High School.

Varsity baseball Captain Johnny Case is most excited to play against Palisades because of the rivalry they have against each other. Those games will be played on May 8 at home and May 10 at Palisades High School.

¨As of right now Palisades looks like they could be our toughest opponent,¨ said Coach Brockway.

Their first Western League game is against Westchester High School. The game will be held at home on March 19 at 3:00 p.m.