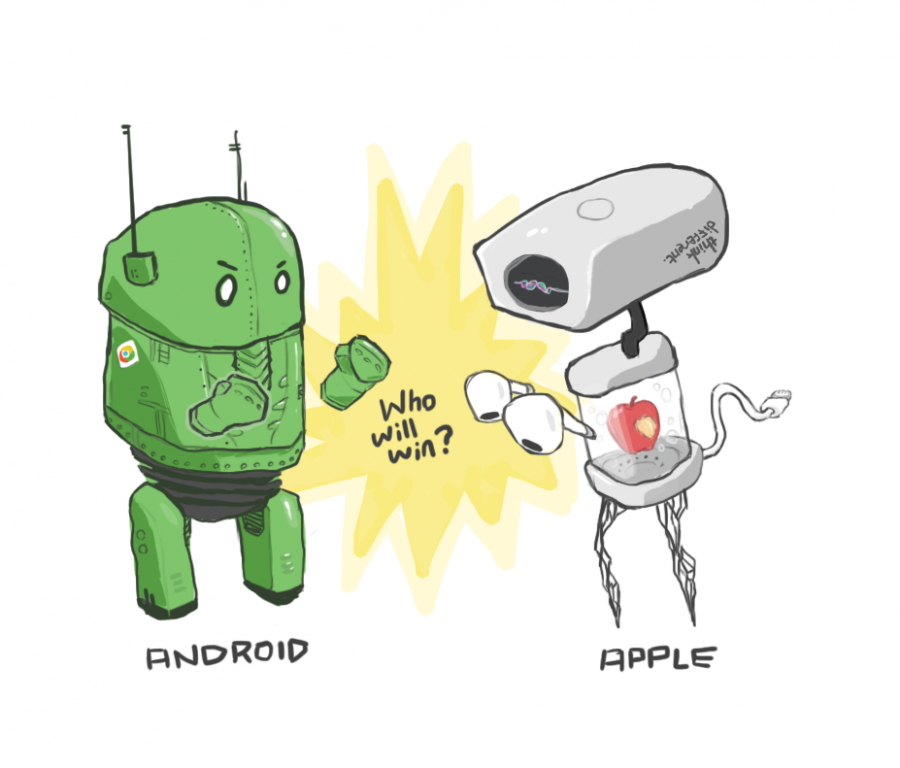 The highly debated feud of phones continues to rage on between the two tech giants: Apple and Google.

I always hear people arguing that their iPhones or Samsung phones are the best and comparing each of the phone’s features.

IPhones have a better camera than Androids. I can tell when a person takes pictures with an Android because the photos are a little more pixelated and they look like they were taken from far away.

The latest iPhone X camera has 12 megapixels and the Samsung Galaxy S9’s camera also has 12 megapixels. Although both of these have the same megapixels, the iPhone’s camera has much better lighting in the pictures and the photos look clearer. The iPhone X also comes with portrait mode for even better pictures that focus on the subject and blur the background.

The Android emojis are also a bust. The Apple emojis are way better and clearer. The Android’s emojis need more work in trying to look more realistic.
I used to have an Android and I personally hated it because it had so many settings and it was hard to manage everything and find what you were looking for. When I dropped it, sometimes the whole battery would pop out and everything would fall apart. iPhones, when dropped, do not fall apart because the battery is screwed into the back and you aren’t able to take it out easily.

Samsung phones have a headphone jack so users are able to use the earphones they already have instead of having to buy an adapter to listen to music, which can save you a lot of money. The new iPhones starting with the iPhone 7 don’t have a headphone jack, they just have a charging hole. If you want to listen to music and charge your phone at the same time, you would have to buy another adapter that fits in the charging hole. The adapter costs about $10-$20.