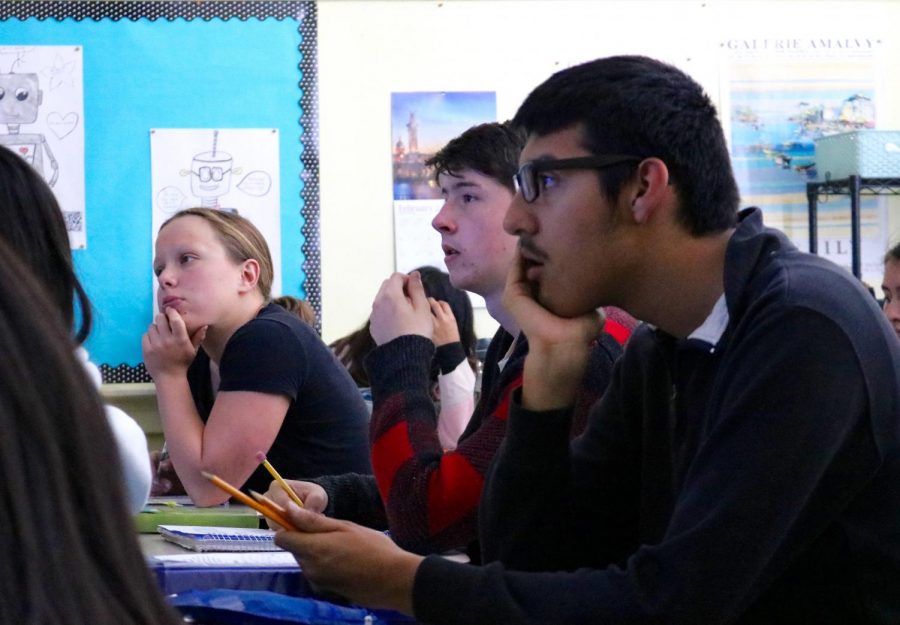 “The teachers choose the theme for the year. We try to have our documentaries that we show reflect the theme of the year,” according to Trasey Nomachi, Lead Teacher of WLGS Magnet and Japanese teacher. “This year’s theme is peace, justice, and strong institutions– one of the sustainable development goals that the United Nations has put out.”

“Salam Neighbor” was about documentarians that visited a refugee camp in Jordan to show the struggles of being a refugee. The WLGS Magnet is currently trying to schedule a Skype call with Chris Temple and Zach Ingrasci, the main documentarians of this film, according to Cristobal Vicente, WLGS Department Chair and Spanish teacher, to allow students to ask questions and get more insight on the making of the film.

“I really like how the magnet always has different films on different social issues that people have to have more knowledge about,” said Diana Zapata, a junior who is taking Japanese and Italian classes.
When asked what she could do about the problem the film presented, Zapata responded with, “I could probably raise awareness and start donating to organizations that help refugees.”