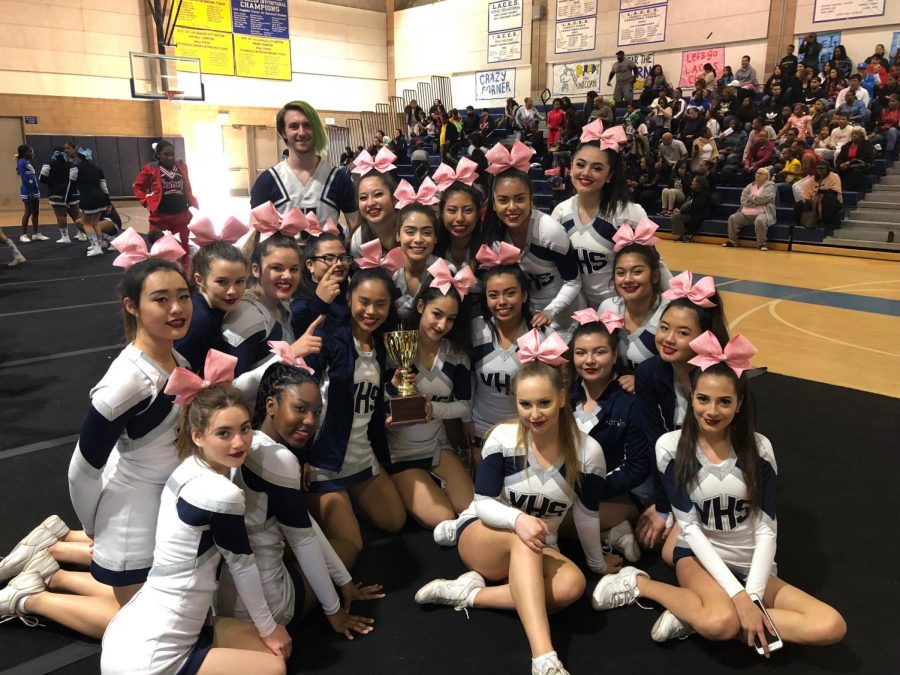 While the Venice cheer team won third place at the national championship in Las Vegas on Feb. 24, that was not the end of the road for the cheer team. This is the first year that competitive cheer is being considered a sport. CIF Playoffs commenced this past weekend at the Los Angeles Center for Enriched Students where Venice came in second place out of the 11 schools that participated.

“ We spend all year conditioning,” said varsity captain Rebecca Halfacre on competitive cheer being a sport. “We work just as hard if not harder than other athletes, and it is about time that people recognize that.”

“My squad did really good,” said captain Kelly Lopez.”They were all dedicated to hitting a perfect routine but we just have to fix little things and get more hyped up.”

Regionals will take place April 28th (location to be determined) and they will determine what schools qualify for state finals. Since Venice placed in the top three this past weekend, the team is guaranteed a spot in the state finals. Venice will have to compete against the Eastern and Valley regional champions along with those also a part of the Coastal regionals.