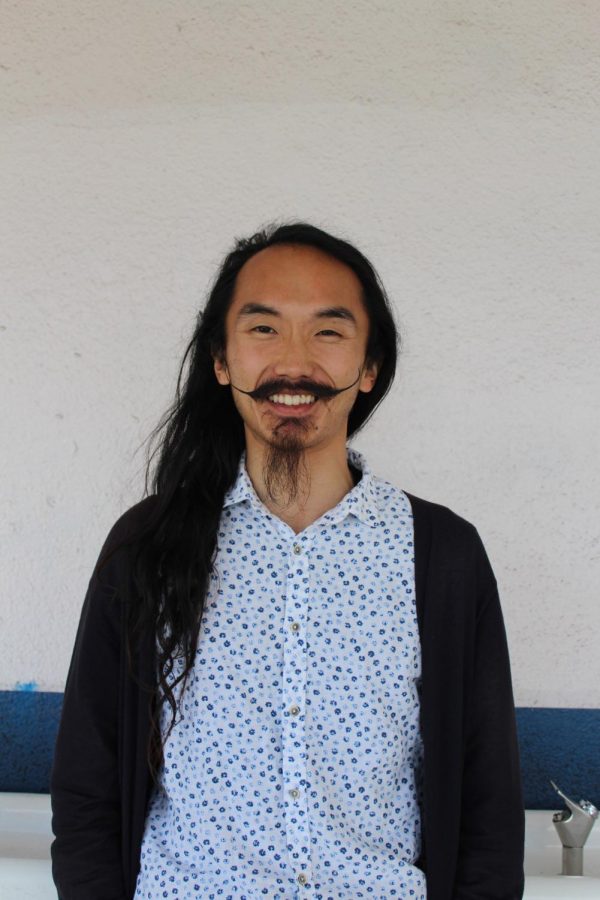 Mr. Lee’s responsibilities extend beyond the classroom where he is the vice president of the Gondolier Booster Club, the sponsor of Class of 2018, the advisor for the Tri-M Music Honor Society, and also been on Venice High School’s School Based Management, and designed the promotional VHS Brochure.

This past summer, Lee won a $10,000 Farmers Insurance Thank America’s Teachers Grant, which he used to purchase mariachi instruments in order to create the Mariachi Gondoleros, Venice’s very own mariachi band.

This spring, you can also catch him being the music director for the spring musical, West Side Story. His duties include coaching students vocally, as well as conducting a hired professional pit orchestra.

Outside of Venice High, Mr. Lee serves at the Treasurer of the Los Angeles Secondary Music Teachers Association, and guest conductor of the Santa Monica Emeritus Concert Band. As an accomplished musician, he frequently performs with groups such as the Charles Dickens Carolers, where he actually has sung for multiples celebrities and be featured on BuzzFeed’s facebook page, and other community bands across LA.

Prior to Mr. Lee’s arrival, there was a period of two years where there was no instrumental music teacher. Fortunately, with the support of various community members, like parents, former Board Member Steve Zimmer and alumni, the LAUSD Arts Education Branch offered to fund an instrumental musical teacher to rebuild the program.

Mr. Lee recalls, “When I first stepped in, the marching band was literally five students. Fortunately, we grew to 17 by the end of the semester.” Marching Band this year is now almost at 40. This year, 9 members of the marching band participated in the LAUSD All City Marching Band, who perform at Disneyland and the New Year’s Rose parade.

This year is the last year of funding from the Arts Education Branch. Because of this, Mr. Lee has no other choice but to look for another job, as the Venice administration has not confirmed or denied his line in the budget for the upcoming school year, according to Mr. Lee.

Before actually working here full time, Mr. Lee was a national finalist for the Air Force Conducting vacancy, where he was one of seven in the nation to be invited to audition that year.

Unfortunately, the position was offered to another candidate, and Lee returned to California where he was the after school Band Director through the Boys and Girls Club for two years meanwhile still working on getting his teaching credential.

This school year is Lee’s third full, official year at Venice. Before teaching here, Lee was at UCLA working on his Master’s degree in Conducting. At UCLA, he was the Associate Director of the University Chorus and Assistant Conductor of the Symphony Orchestra and Chorale. As an Outreach Musician for the Gluck Foundation, he gave conducting lessons at retirement homes, middle schools and high schools.

“The last place I did [conducting lessons], was Venice High School. It was actually on my birthday,” Lee recalls.

“Ms. Sarnoff jokingly said, well I thought it was a joke, ‘do you want to be our band director?’ and I thought ‘haha very funny, I actually am looking for a job.’”

Afterwards, Ms. Wendy Sarnoff had a legitimate conversation with Mr. Lee about him actually working here at Venice.
“She saw how I worked well with the students and she asked if I really wanted to make it a thing. And then I actually conducted that graduation.”

“It’s not your average way of working or coming to a place but yeah… that’s how I got here,” says Mr. Lee.