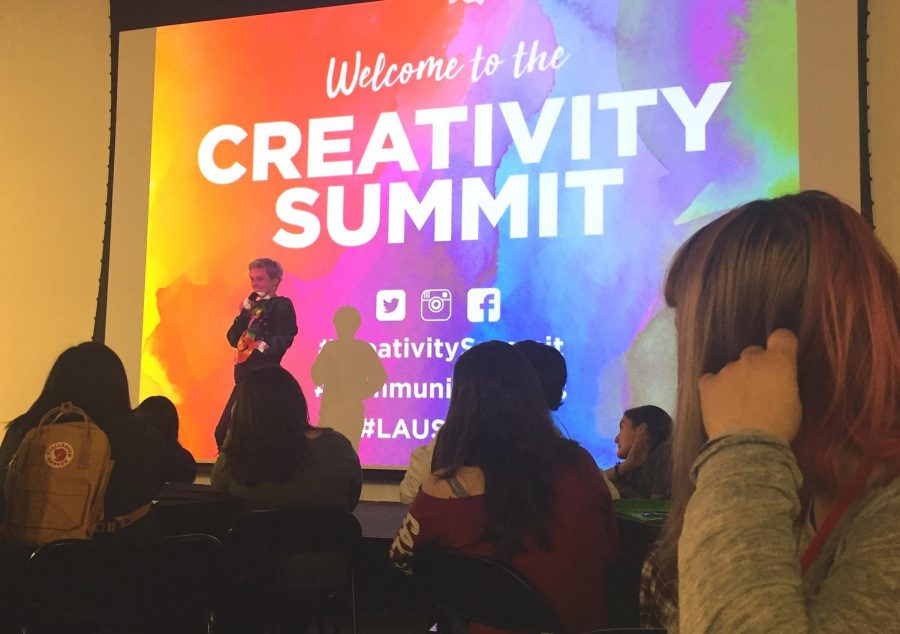 On March 2, 29 specially-picked Venice students from the media academy, along with students from schools all across Los Angeles, embarked on a all-day trip to the arts district in Downtown LA for the second Annual Youth Creativity Summit.

The Creativity Summit focused on encouraging teenagers to harness their creativity and use it to solve problems and make the world a better place to live in. Those behind the event at Southern California Institute of Architecture partnered with LACMA, Get Lit, Inner-City Arts, and Versa-Style to put together a fun and stimulating day for all the students involved.

Venice’s very own senior Olympia Miccio performed their own amazing poetry pieces in association with Get Lit.

“The event was really amazing,” said Miccio.  “It was so cool to see students from all over come together to celebrate creativity. It was really cool performing because I knew I was in front of a super supportive welcoming audience!”

Students chose two workshops each, depending on what interested them the most. Some students chose workshops where they practiced hip-hop dance with dance academy Versa-Style. Others chose a cooking class where they got to take home the food they made. Other workshops were centered on painting, sculpting, game design, writing, and many more forms of art. Students were also given a delicious and healthy 4-course lunch, supplied by Creativity Summit partner, Akasa.

The event closed with a motivational speech by keynote speaker J.Period, a famous musician who has partnered with Lin-Manuel Miranda, John Legend, and Mary J. Blige.

In addition to the Creativity Summit in Los Angeles, the event was also held in Chicago, New York City, and D.C. Students returned home with a goody bag that included high quality art pen.