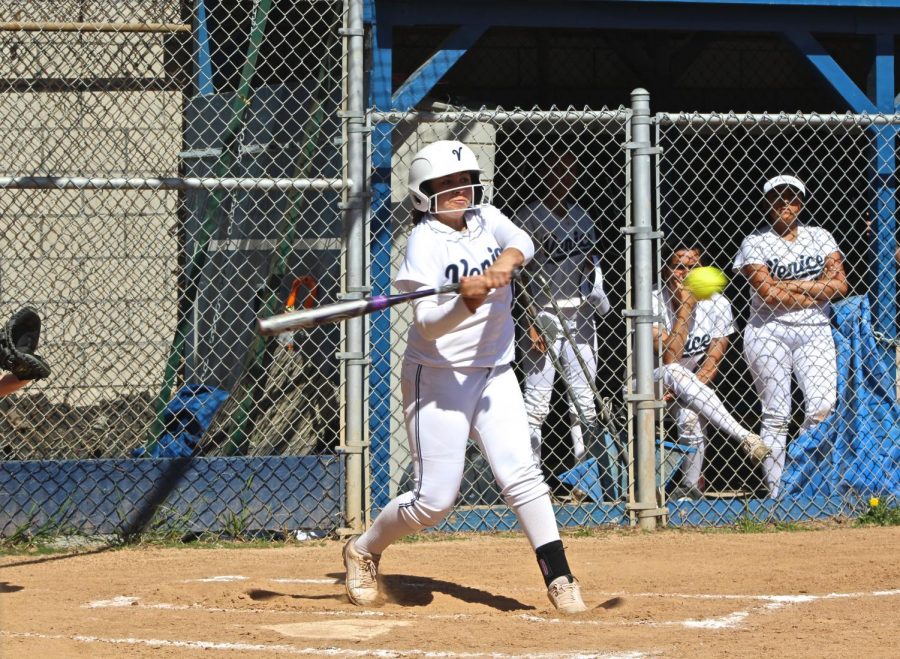 Dominating in the Western League, the Venice varsity softball team is ranked number one. With a league record of 7-1, the players unfortunately lost their winning streak against Hamilton on April 18,  ending with a score of 2-1.

Although they lost their streak, the girls are still motivated to improve as the  season continues.

¨ Winning is a team effort,¨ said Varsity Captain Savana Aguayo. ¨Everyone contributes to our success.¨

Hoping to win the title of Western League champions, the softball team is continuing to work hard with the help of their coach Tizoc Campos.

¨Every game we play is a good game,¨ said Varsity Captain Victoria Raygosa. ¨We give a tremendous amount of effort on and off the field and that shows with each game we play.¨

With league games coming to a close, the players are getting ready for playoff games to start.

¨I am looking forward to playoffs,¨ said Aguayo. ¨We have a lot of talent that is going to take us far.¨

With only four more league games left in the season, the players are most excited to play rival Palisades at home on May 5 at 3 p.m. The first time they played against Palisades, they took a big win with a score of 9-8.

Hoping to dominate the game again, the softball team will be having their senior night on the same day to end league games with a bang.