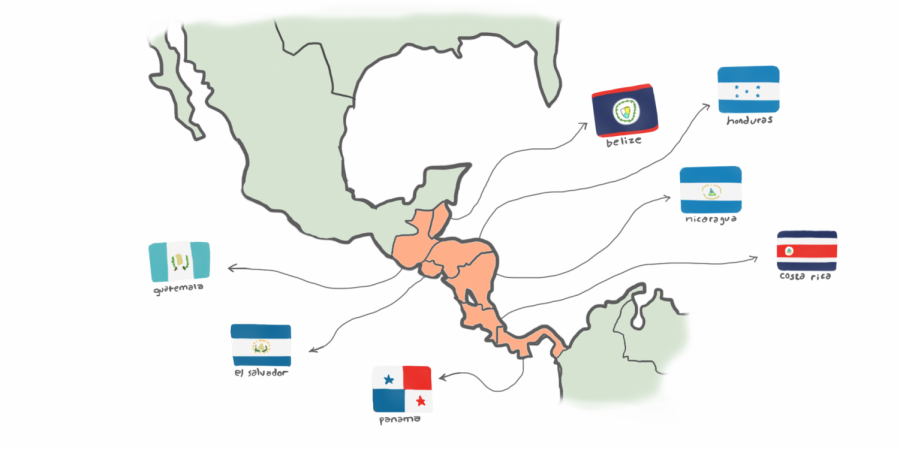 Los Angeles is one of the most Latino-populated cities, and many people don’t realize Central Americans are the second biggest Hispanic group inhabiting the city. Upwards of 3.4 million Central Americans lived in the US in 2015, according to a study done by the Migration Policy. In the 1980s, there were only 354,000 Central Americans residing in the US. Many in LA live around the MacArthur Park area. which is inhabited by Central Americans (mainly Salvadorans) who mostly emigrated to California from their war-torn homeland in the 70s.

Central American history is barely discussed and usually ignored in the regular history curriculum. Since we have such a large population of Central American people here, Angelinos should know about more than a couple major events. Unfortunately, most don’t know about Central America enough to understand their history on the level Americans know their own history. Not a lot of people know that many Central American countries survived military-led dictatorships in the late 1900s.

For example, in 1970s El Salvador, anyone could be accused of being a leftist and killed by American-trained government forces in brutal ways. Having a sibling in the left-wing movement, being a woman who wore pants, or even having a beard could put you under the radar. The Salvadoran Civil War lasted from 1980 to 1992, and more than 75,000 lost their lives, according to an article for The Nation by Raymond Bonner. Many Salvadorans fled El Salvador during this time to escape the dangers.

El Salvador today is torn apart by gang violence. La Mara Salvatrucha is one of the world’s most violent gangs, and affects all of Central America, not just El Salvador. The gang warfare in Central America is a result of gang members being deported by the US. Many of the migrants that come to the US from Central America do it to escape the violence. Right now, as you read this, Nicaragua is in a state of turmoil as riots break out over a change to the social security system. Thirty people have died in the few days that the riots have started, yet there is little to no coverage in the US media.

In the past, stories of the wars in Central America were never reported and the Reagan administration attempted to cover them up. Today, there is still little news coverage on what happens in Central America. Even news stories about the hot topic of immigration only focus on Mexican immigrants. Around 15% of immigrants to the US are Central American, according to the Migration Policy Institute.

Central Americans as a whole are rarely acknowledged ethnically. Central Americans, and non-Mexican Hispanic people in general, are usually just lumped in with Mexicans. Even I, who am half-Salvadoran, did not recognize that part of my lineage because I didn’t know anything about El Salvador. I was too detached to truly claim it.

The broad term of “Hispanic” doesn’t just mean Mexican. Hispanic means from a Spanish-speaking country. Latino means from the general area of Latin America (Mexico, Central America, South America). Not all Hispanic people are Latino. People from Spain are Spanish-speaking (Hispanic) Europeans/whites. Latino people are from Latin America, but do not all speak Spanish (their native language could be Brazilian Portuguese, Nahuatl, or other indigenous languages).

It is important to recognize and appreciate the difference in cultures among the Latino community. Not all of us are Mexican, and not all of us are affiliated with only one culture. Latino culture is not homogenous and each country has its own special qualities that make their culture beautiful. It’s time to give more recognition to Central Americans, as the region has an interesting and rich history. We need our voices heard too. The people of Central America deserve more. They definitely deserve reparations from the US for involvement in their wars.