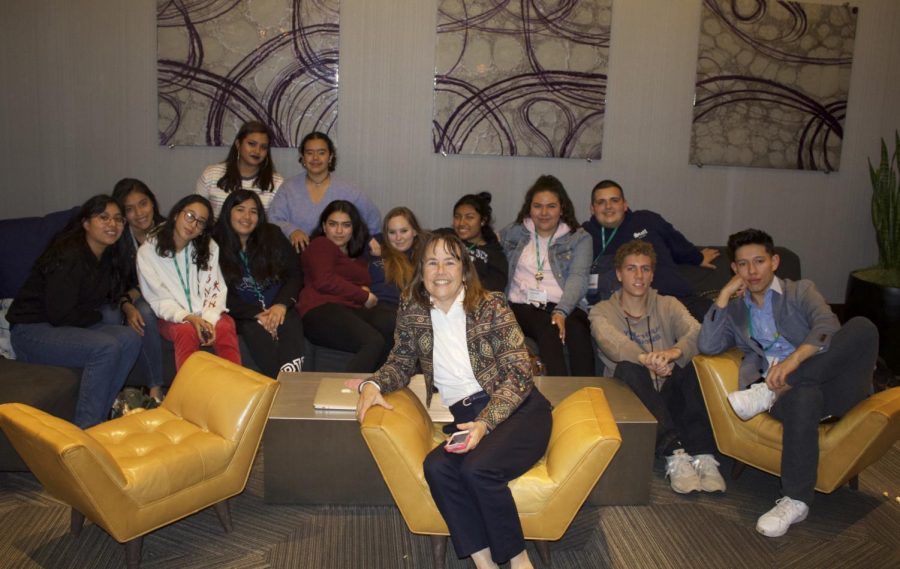 The Oarsman staff posing for a picture at the lobby of the Marriott where the Journalism Convention was held in San Francisco.

“I really enjoyed spending time with the Oarsman staff,” Photo Editor Mireya Curiel said. “It was my first time experiencing the journalism convention.”

Staff members and adviser Nancy Zubiri went on the four-day trip to listen to speakers and to learn new skills to better the newspaper. The convention was held at the San Francisco Marriott Marquis. Over 4,000 student journalists were in attendance.

“I was super nervous at first to go to the convention, but I heard everyone talk about the previous convention and it gave me something to look forward to,” staff reporter Yume Kamal said. “Overall I had a great time, I love San Francisco and the Oarsman staff.”

The speakers talked mostly about the homeless crisis in San Francisco. They put together a slideshow of pictures showing the daily lives of homeless people in the city.

“The keynote speakers offered us an exclusive look into how the homeless get by in San Francisco,” staff writer Sebastien Balembois said.

“Walking around San Francisco with my peers was so much fun,” Assistant Sports Editor Guadalupe Aquino said. “Seeing the city lights was a unique experience.”

Staff members are expected to attend the journalism convention in the spring of 2019 to be held in Anaheim.