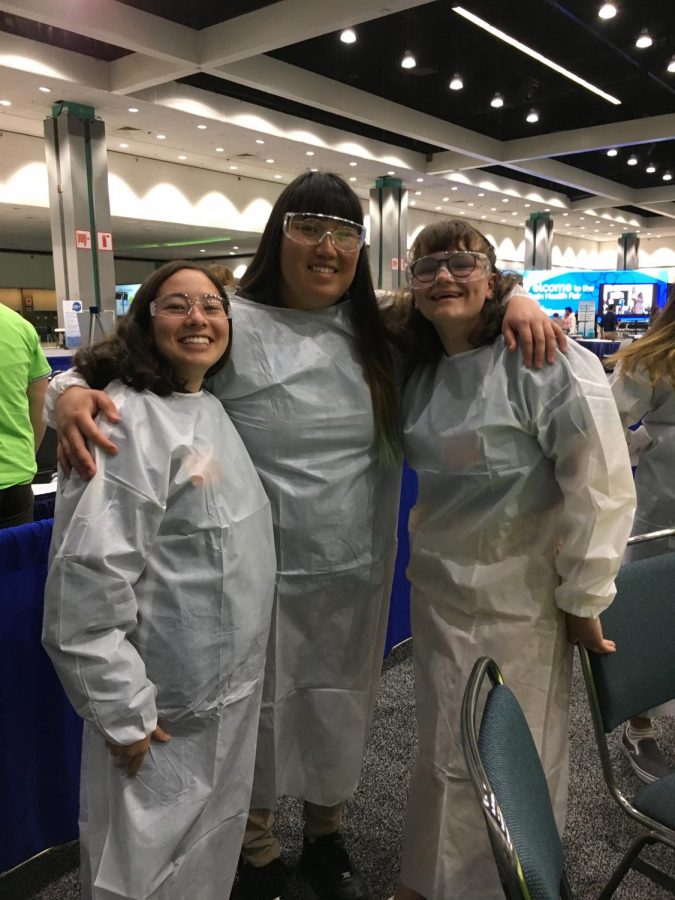 On April 20, Ms. Kirsten Farrell and 75 students from her sports medicine team and students from the Biomedical Science course from the STEMM magnet went on a field trip to the Brain Health Fair hosted by the American Academy of Neurology at the Los Angeles Convention Center.
These students were invited through a partnership Venice High has with the UCLA Brain Support, said Ms. Farrell. The UCLA Brain Support is the group that baseline tests all Venice High athletes in case they receive a concussion.
“I saw lots about anatomy and functions of parts of the brain.” said Mary Soliman, a senior in the Sports Medicine Team, “There was so much technology shown that are being developed and hopefully will one day improve the treatment of brain disorders.”
At the beginning of the fair, the students listened to four doctors who talked about what it takes to become a neurologist, said Ms. Farrell.
Afterwards, the students were split into five different stations where they got to be neurologists for a day. Students were able to conduct a variety of tests on each other, such as looking at a real human brain, and dissecting sheep brains. There was also an inflatable brain that people could walk through.
There were doctors talking about issues regarding neuroscience; the students were able to learn about how the brain functions and how one can keep the brain healthy.
“The experience was very fun!” said Ismenia Say. “I learned new things and expanded on things already known. I’m thinking of becoming a neurosurgeon and this experience has made me want to pursue that career even more.”
This convention takes place in a new location each year and this year it happened to take place in Los Angeles.