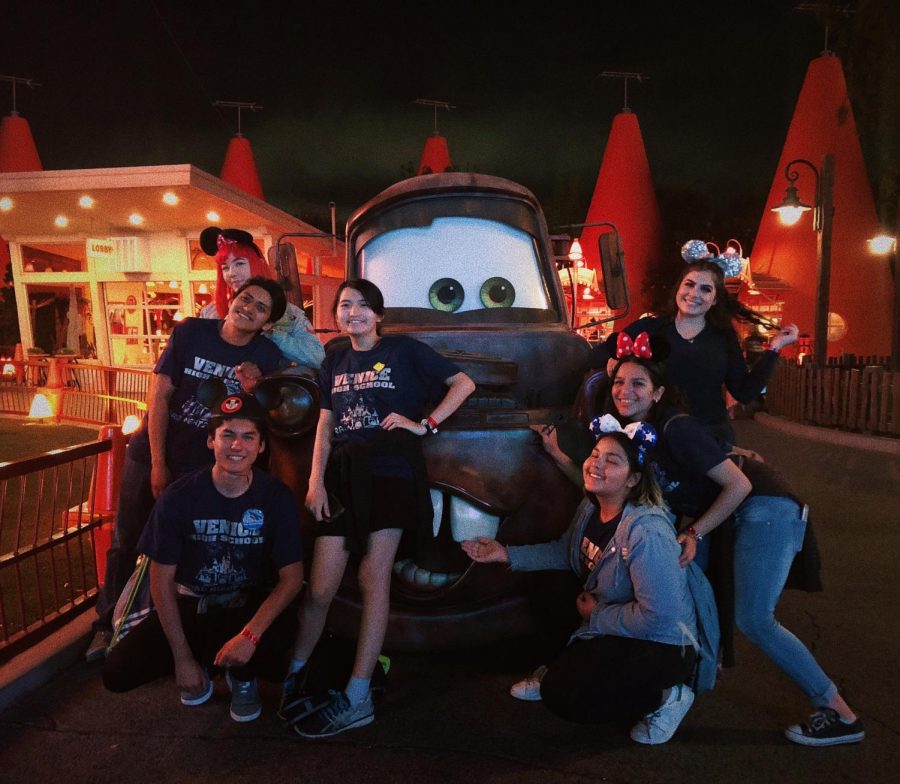 Seniors enjoying themselves with Mator at the 2018 Grad Nite

“I was pretty hesitant at first, I had always thought that Disneyland was for little kids but it was totally worth it.” said senior Aldo Ramirez. “The Star Wars attractions that they had totally made it worth it though. Once 9 o’clock rolled around and the actual Grad Nite event started, all the lines were extremely short. At the end of the night, I was super tired and all I wanted to do was sleep but overall it was a great experience.”

For the first time in recent years, Venice High School’s Grad Nite at the Disneyland Resort was not the night before graduation. Grad Nite being scheduled on a Saturday gave students ample time to rest and finish studying for their AP exams the following week. It also allowed seniors to enjoy more hours in the parks.

Students enjoyed special dance parties all over the park, meet-and-greet experiences with Mickey and Minnie Mouse in caps and gowns as well as other Disney and Marvel characters, and extremely low wait times for popular attractions such as Radiator Springs Racers, Soarin’ Around the World, and Guardians of the Galaxy – Mission Breakout!.

“It was great being back on the happiest place on earth with friends,” said senior Marilyn Castro.