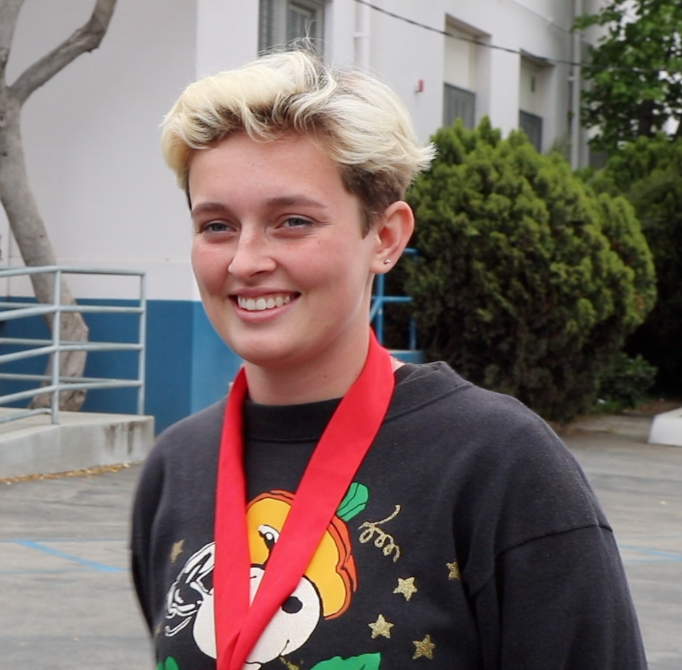 Venice High School had their fourth annual Gondos Got Talent show May 24th in the student cafeteria at 3:30. Most people who auditioned made the cut. The list of the people who participated in the talent show was posted prior to the show outside of the parent center. Every year the talent show is sponsored by The Boys and Girls Club.

All contestants did the best they could and the performances were overall amazing.

The winner of the talent show was Olympia Miccio.

“I was surprised when I won, I played a song that I wrote which I was really proud of so that’s what matters to me.” said Miccio. “I’m really thankful for the judges for choosing me!”

“I very excited to have fun and see everyone’s everyone’s talents,” said senior Mireya Sanchez who performed a hip-hop routine.

In past years, the talent show was hosted in the auditorium. However since it has been under construction, the show was held in the student cafeteria.

“Just know that if you plan to come there’s going to be amazing talent,” said Mathieu Koontz, a staff member of the club. “ Venice students are always talking about the talent at this school which is partly why the Boys and Girls club has been hosting the talent shows said Koontz.

“There are a lot of great dancers and singers at this school,” said senior Alonso Zarate.  “Even before I transferred here, I heard about the talent at Venice High.”