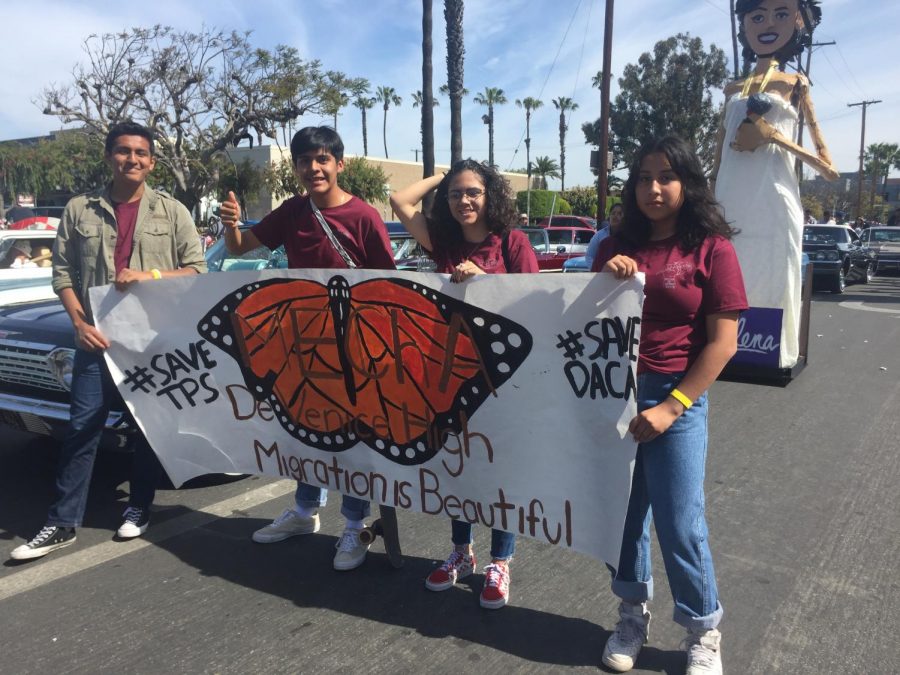 This year on Cinco de Mayo, the Venice community including Venice High students, participated in the third annual Cinco de Mayo Festival, which started on Lincoln Boulevard and ended at Oakwood Park.

During the parade Venice High’s marching band performed alongside cheerleaders from Santa Monica College, groups of folklorico and Aztec dancers. Members of the Venice High’s Moviemiento Estudantil Chicanx de Atzlan (MEChA) marched in the parade alongside Animo Venice’s MEChA and their Selena puppet. There was also a line of classic cars from the lowrider car club, Westside Originals, made up mostly of old Venice community members.

“I celebrated a cool culture that I’m not a part of but still support,” said senior Ayleen Ayllon, a member of MEChA.  “It was also cool being interviewed by Univision and the food at the park was good, especially the tacos.”

The parade ended at Oakwood Park in the heart of the Venice community. Oakwood is historically known for community events and gatherings of Venice community members. The park had many vendors selling food, deserts, and traditional Mexican clothing and accessories. They also had tables for people to register to vote or join raffles.

“I enjoyed seeing some Venice High students from the MEChA club marching in the parade and also seeing all the lowrider cars from all of the car clubs in the local area,” said English teacher Ms. Ruth Greene, who attended the festival. “I especially enjoyed seeing the local community come out and watch the parade.”

The park also had additional performances from Aztec dancers, Oaxacan folkorico dancers and mariachis. Community members from the Pico Youth Family Center also spoke about the history of Venice, such as the walkouts at Venice High School and the ongoing gentrification in the community.