Death of a Grandmother and Being in Foster Care 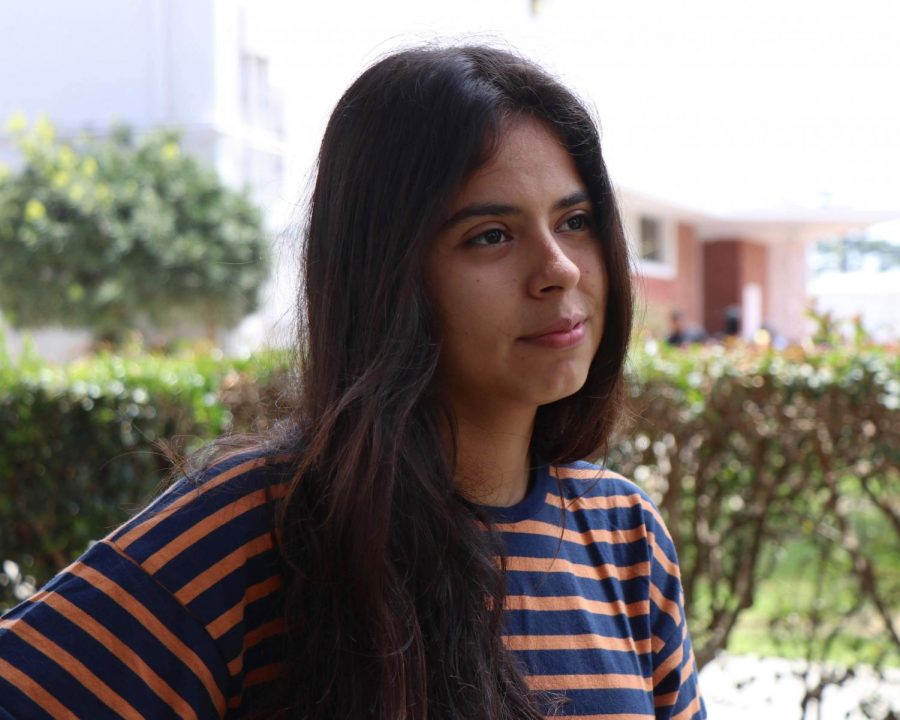 Humans of Venice High is a series of photographs and personal histories, revealing the hidden emotions. Two Oarsman staffers went around school campus, asking random students if they would mind being interviewed regarding their personal stories.

When asked what her greatest struggle was, Gabriela Perdomo said, “I think that I realized that I am 18 now and everything is dependent on the decisions that I make.”

What are you afraid of right now?

“To lose my mom. And my family. Because I already lost my great grandmother and she was like a mother to me. Now, I know the feeling that comes with a loss and to think that I could lose my mom- the feelings would be more difficult.”

How did you feel when you lost your grandmother?

“At first, because I saw how she died so I did not feel anything. I did not cry, I did not do anything. It was a feeling of- I don’t know- I didn’t know how to react. Because I knew she would not be with me anymore, so I was like ‘what do I do know?’ As time passed, it was more difficult for me. I miss her a lot.

“When my grandmother died, I felt some emptiness. Sometimes, I try to fill that emptiness with different things, but it is impossible because you can’t fill it with just anything. You just can’t. That feeling will always be there, but at least I know it’s for her and nobody else.

“She had a stroke. Seven years before my grandmother died, I took care of her because she couldn’t walk. I had to take care of her all the time. Now that she is not with me. I don’t know. It feels strange.

In what way was she a mom to you?

“She was always worried about me. She always gave me what I needed. She asked me how I was. She took care of me. She gave me advice. She was everything anyone would want in a mother.”
What’s the happiest moment of your life?

“I think it’s right now that I am about to graduate. I came to the United States about 4 years ago. I didn’t know any English and I thought everything was impossible because I didn’t know the language. Now that I do know the language, I can have conversations and everything. Plus its my last year of highschool and it makes me feel very satisfied like ‘yes, I did it.’ “

Azriel Goldberg said, “I used to be a lot heavier and I used to have a lot more anger issues. Up until I was like 12, I had a lot of issues controlling myself. From 2011 to 2016, I was not living at home. I was in foster care.

“I am currently living at home since summer after ninth grade. With the few people I’ve told about this, I’ve surprised them.

“It got to the point where I had essentially no self control and my parents were not able to handle it. So for five years almost exactly, I was in foster care and during that time it was just really difficult. But I think that being in foster care did help me. I now have self control.

“If I got angry, I would resort straight to violence. Now, the most violent I am is yelling at a car when they’re trying to run me over on the road.

“So for about a year leading up to when I went to foster care, things were getting really bad like I was being really violent and I was in the psych ward at the hospital for a few times.

“My parents put me into foster care, not in a bad way. There’s a lot of things associated with being put into foster care in a bad light whereas with me, my parents wanted me to live at home but I needed to be somewhere where they could handle it. So I went through four homes over five years. I was in the last home for three years.

“It was difficult but the last home was a less family-like situation. It was a group home with staff rotating through and I kind of just got everything under control because I wanted to be living at home, my parents wanted that as well. But they couldn’t handle it at first. So I ended up getting everything under control. I’ve been living at home for two and a half years now.

“My parents were definitely still there. I found comfort in making things with my hands a lot, I still do but on a bigger scale.”