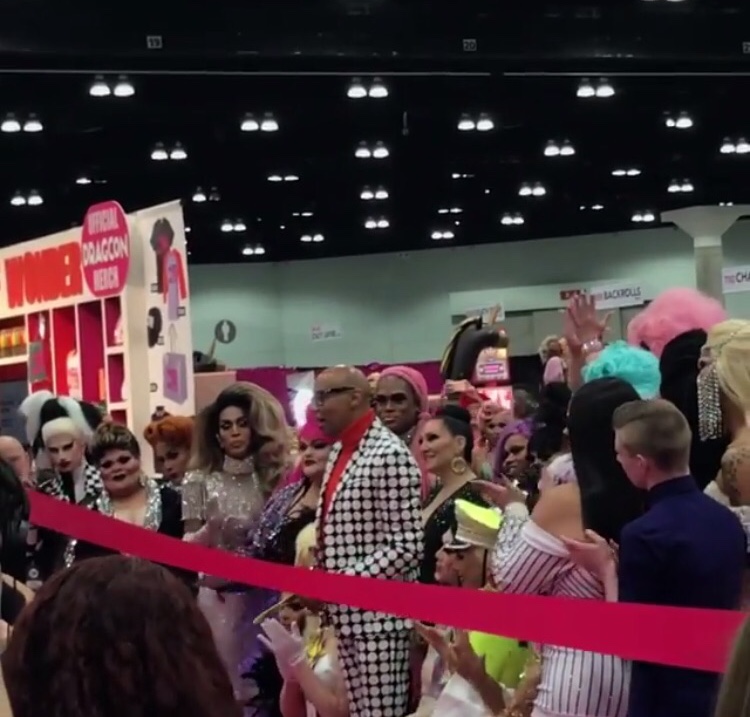 The famous drag icon, RuPaul Charles hosted his annual Drag Queen convention called RuPaul’s DragCon May 12,13 and 14 at the Los Angeles Convention Center in Downtown L.A. I attended with a  lot of my drag queen fan friends who I met through Twitter.

Many drag queens from the VH1 television show Rupaul’s Drag Race attend and have meet and greets and panels where they talk about whatever they want.

Some Drag Race queens at the convention were Alaska 5000, Bianca Del Rio, Trixie Mattel, Sharon Needles, Violet Chachki, and Aquaria. They had their own booths and merchandise.

People who attended, including pre-teens dressed up in drag and colorful makeup.

Tickets which were valid for 3 days: Friday, Saturday and Sunday cost $70. If you wanted just a Saturday or Sunday ticket, that would have been $40. The VIP package was $250 which included dragcon pins, a hoodie, and an autographed picture of RuPaul. Some queens offered a VIP line where guests can cut the line, but some didn’t have a line.  RuPaul teams up with many sponsors like: Jeffree Star Cosmetics, Hamburger Mary’s, Anastasia Beverly Hills, etc. The event is for all ages and kids 10 and under get in for free.

In order to meet some queens they required you to buy merch, and some even had price minimums. Some queens sold fast passes weeks before the event and most of those were $20-25.

This year there were about 50,000 attendees and they changed it to the the south hall of the convention center rather than the west hall,because it is bigger. It wasn’t as crowded as other years so it was a lot more comfortable to the guests.

There was a bomb threat that never occurred so they had a lot more security this year. They had bag checks and metal detectors so the people attending felt safer compared to other years when they had no bag checks and little security.