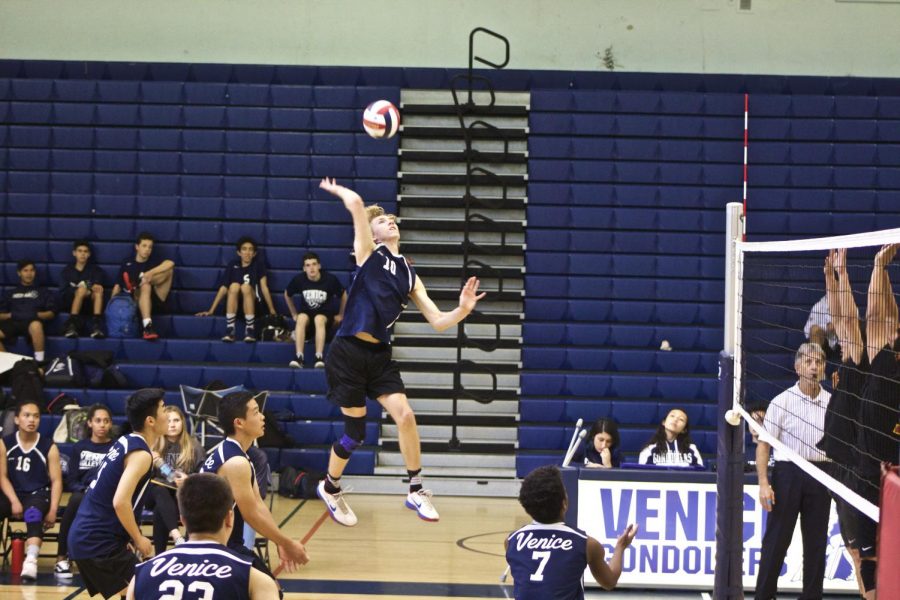 The boys’ volleyball has completed their season with a 25-16 overall record and 9-3 record in league. The team finished as the number 1 seed in Division I.

After winning 3 of the last 4 games in the regular season, Venice clinched the first seed after a head-to-head defeat of Sylmar April 26. Because the team finished first in the Division I standings, they clinched a first round bye and therefore did not play in the first round.

Though the team failed to make a finals appearance, it was still a great season as the team managed to beat everyone in their league twice besides Palisades and University, won a large percentage of their tournament games and managed to finish 1st in Division 1.

“We fought hard against Bell in the semis,” said captain Jared Yuge. “We did everything right but got overconfident. It’s been a learning experience and we are ready to come back stronger next year.”