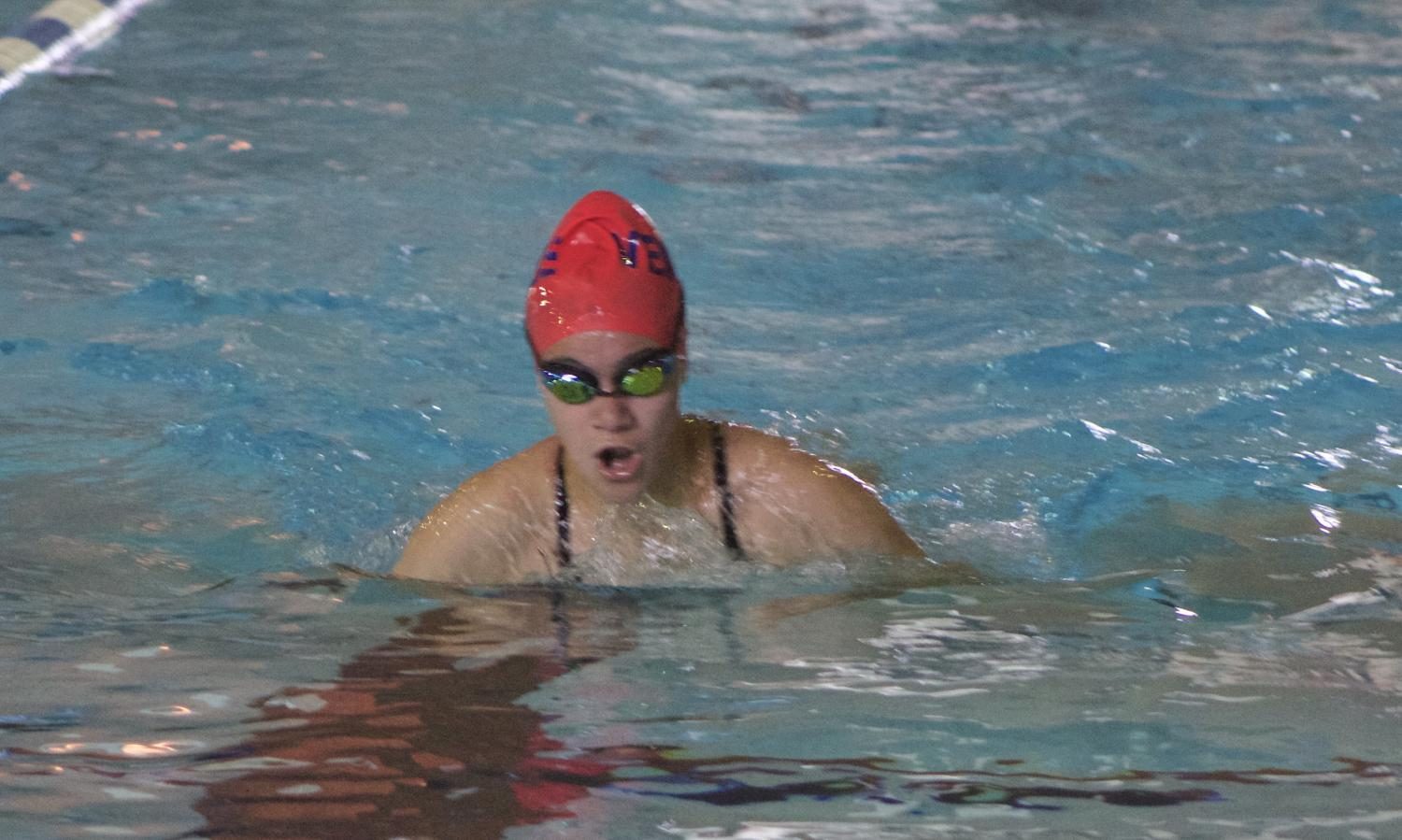 The swim and dive team have come to the near end of their season after many swim meets. This is the first year that the team has had more than 90 swimmers. The team started in the beginning of the season with a total of 95 swimmers, eventually the number dropped down to 79.

According to coach Sophie Sabbah, 70 of those swimmers competed in Western League. Out of those 70, only 32 swimmers made it to city preliminaries. They made it based on their swim times. Those 32 students qualified from all of LAUSD as the best swimmers.

Three records were broken at state finals. 200 varsity free record was broken with a time of 1:41.37. The swimmers in the relay were Hopkins, Berman, Fletcher and Martinez.

“I was excited when I realized I broke the record,” said Jespersgaard. “It’s cool having your name on the board in the pool.”

This year, State Finals was hosted in Clovis, Calif. and had swimmers from schools all over the state. None of the swimmers made it into the top 20, however Coach Sabbah said she is proud that her team made it this far.

“I had fun at state, I was kind of nervous knowing that people who compete are extremely fast,” said senior Collin Chun. “I felt confident.”

Chun has been swimming for 6 years and is Venice High’s valedictorian. Chun has been scouted from California Institute of Technology and will be continuing to swim after high school.

“My favorite part about Venice swim is the team aspect,” said junior Alyssa Berman. “You race on your own but the points count for the team.”