Breaking Down the “God Is A Woman” Controversy 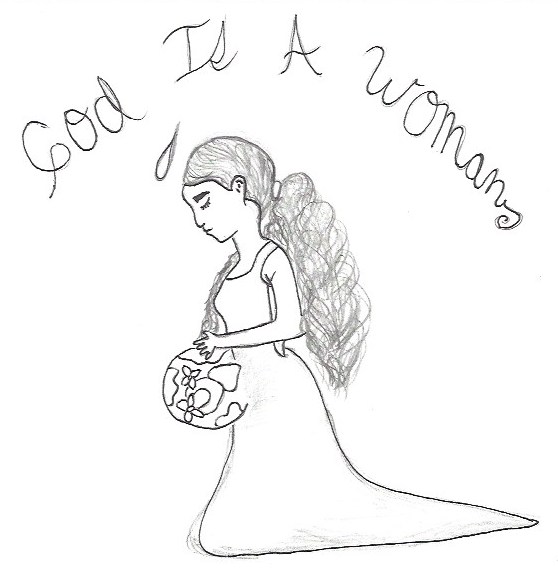 Once again, pop star Ariana Grande is at the center of a brewing controversy in which religious people accused her of being disrespectful towards their beliefs, even going as far to accuse her of blasphemy.

“God is a Woman,” track five on her new album, was released on July 13. The song centers around female empowerment, owning their sexuality and ignoring haters, a few of Grande’s biggest advocacies. The music video contains a lot of powerful imagery, like Grande herself dancing in the stars of a galaxy and a feminist re-creation of the Creation of Adam with all women. Since a major theme in the song is female sexuality, some of the imagery was more explicit, such as Grande playing with the eye of a hurricane and more colorful allusions to female genitalia frequently appearing as backdrops. Fans were astonished at Grande’s daring and powerful lyrics and video concept, but others didn’t take to her song so kindly.

Many religious people, mostly Christians and Catholics, thought that “God is a Woman” was disrespectful towards their beliefs and voiced their opinions on social media. Some thought that it was just the sexual undertones of the song that were offensive, while others were offended that God would even be associated with womanhood and femininity.

While I don’t agree with those who were angered by Grande’s more ludicrous displays of sexual empowerment, I can say that it isn’t unreasonable for them to be upset. Most religions believe in abstinence and see sex as a mortal sin; they don’t really promote eroticism or being so open about sexuality, like Grande does in her video.

She even took to Twitter to defend her creative choices when someone had asked if her song was about sex or female empowerment (as if they were mutually exclusive), Grande replied “Sex is empowering. It’s the source of all life.”

I agree with Grande’s viewpoint of sex intertwining with empowerment, and I don’t believe that her opinion is worth getting upset over. Let’s not forget that it’s just a song. There’s no reason to get riled up about it since Ariana Grande herself will not come down to personally apologize to you. If you don’t like the song or what it promotes, don’t be afraid to change the radio station or utilize the handy little skip or mute buttons. No one is forcing you to listen to the song if you don’t agree with the message she was trying to send.

The other group of people offended by Grande’s song were the ones who thought just equating God to a woman and the female experience was completely intolerable. It’s a discourse that has existed long before “God is a Woman,” but is still very much a hot topic. Most people who have this undying ambition to defend God’s assumed maleness are usually men, and the misogyny behind this way of thinking is poorly disguised.

Most religions’ interpretation of God is an omniscient, supernatural being without a physical form. Now why would an all-powerful being with no physical form adhere to human gender roles? What makes someone think that a God would have a gender in the first place? Even if they did, why wouldn’t it be plausible that they could be a woman? Women are powerful and have the amazing power to create a new life form within them. It seems very reasonable to theorize why God could be a woman. Many people are quick to shut this down, by claiming it is blasphemous and disrespectful to even say such a thing.

What is so disrespectful about being a woman? If your first thought that came up when something is being associated with women is “disrespectful” or “degrading,” you are obviously harboring sexist feelings within you. Think about what what you’re saying.

At the end of the day, it is just a song, and a catchy one at that. I think “God is a Woman” was a great anthem for female empowerment, and the music video is the artistic icing on the cake. If you were angered by “God is a Woman,” I recommend rethinking why you thought it was so offensive and make the wise choice to not listen to her music and get even angrier about it. If you’re an avid Ariana Grande fan, more power to you! Listen to what you want to listen to. God may be all-powerful, but she won’t get mad if you don’t like Ariana’s song.