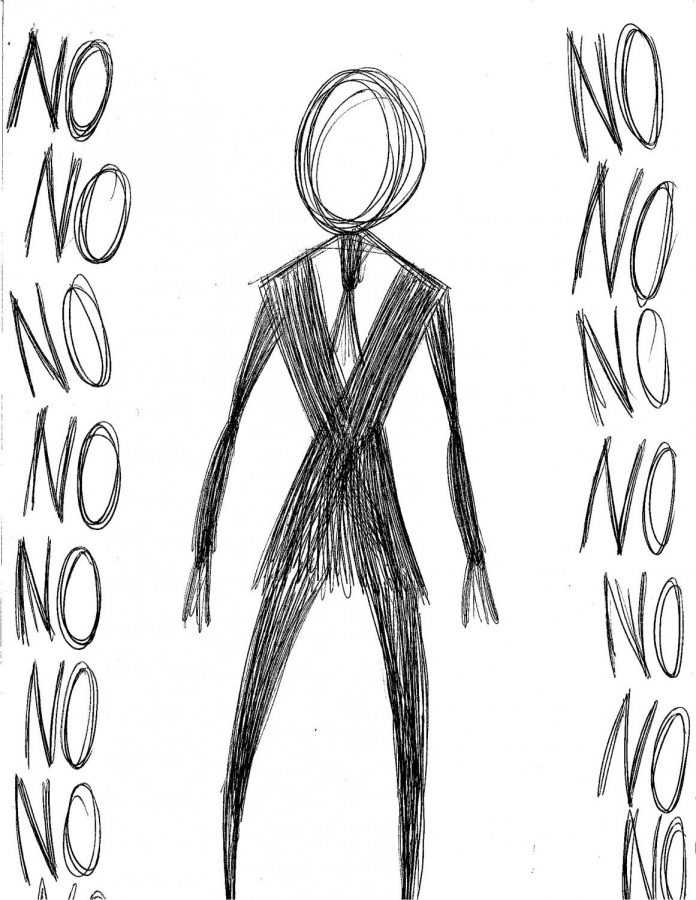 The Slenderman movie, released on Aug. 10, is a PG-13 thriller movie based on internet figure Slenderman, who was created with the horror video game Slender: Eight Pages. He likes to abduct children and drive people insane. His appears as a tall, slim figure who wears a black suit and has no face.

The movie is based on four best friends Wren (Joey King), Hallie (Julia Goldani Telles), Chloe (Jaz Sinclair), and Katie (Annalise Basso) who dare themselves to summon the monster. After the summon, their friend Katie goes missing on a school field trip.

The others do their best to get their friend back, but as they do, the Slenderman sees their attempt as a challenge and only makes things worse for the three girls. He makes them hallucinate, drives them mad, give them nightmares and even tries to make one of them give up and kill themselves. When Hallie’s friends disappear and her sister goes insane, she decides that it is up to her to do something about the Slenderman.

Unfortunately, the movie wasn’t as good as it sounds. The beginning of the movie was slow and there were some moments that could be considered as merely cringey. The scenes were also dim and you couldn’t make out what the movie was trying to show. It was as if they were trying to hide the cheap special effects, especially when it came to a poorly done scene that showed the Slenderman.

“I found the movie to be alright,” says Kevin Mora. “It wasn’t good or bad, but I do think it needs some work on the storytelling.”

Overall, the movie left the audience confused and unsatisfied. The idea of Slenderman having his own movie was good, but the movie itself was not so great.