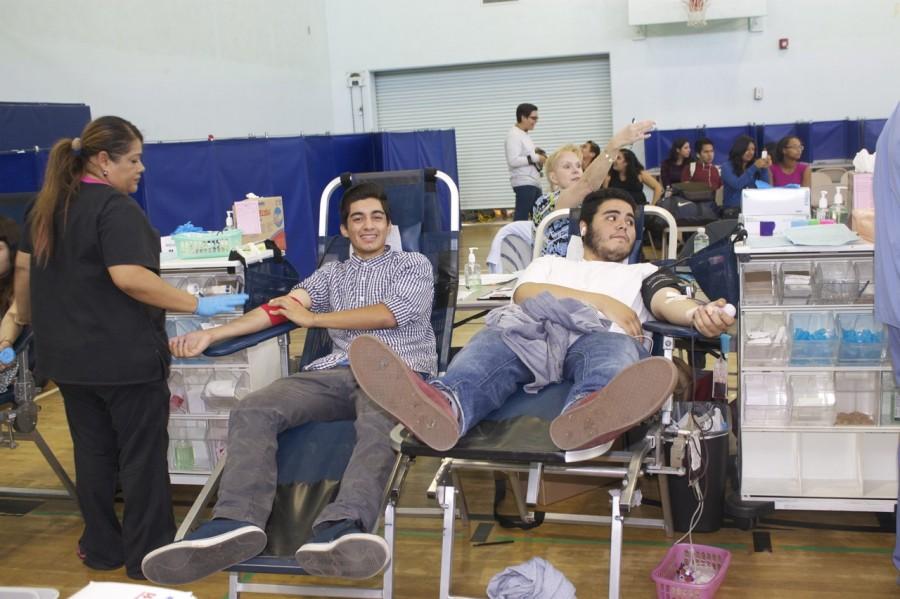 On Nov. 10, Cedars-Sinai held a blood drive in the east gymnasium at Venice High. About 162 students and faculty members showed up and 125 units of blood were collected.

Some people were turned away when they tried to give blood because they either had low iron, were not feeling well, did not weigh enough, or were too young to donate. Donating blood was limited to seniors and juniors because the recommendation to donate blood is 17 years old. The hospital looks for people with fully developed bodies because they can recover faster, said Dave Keys, who was in charge of the blood drive.

For some people it was their first time donating blood and some had donated before.

Senior Alexis Myles, who has donated in the past, says that she donates “because I wanted to be able to save a life in the future.” She went on to say that she felt elated and happy after donating.

Some people, however, were not so calm as Myles.

“ I am nervous and scared of needles,” said senior Jose Doroteo. He said he still donated blood despite his fear because he is saving lives.

Keys explained that the blood drive was started for patients at Cedars-Sinai Hospital, which is a level one trauma center. Cedars-Sinai has about 1,000 beds, while most hospitals only have about 400 beds.

“Not necessarily every single patient will use blood, no, but a large volume of them will be and not just that, some patients will utilize 40 to 50 units of blood,” Keys explained. With this in mind, blood usage at the hospital is very high.

Overall, Keys felt that it was a good turnout for the blood drive.