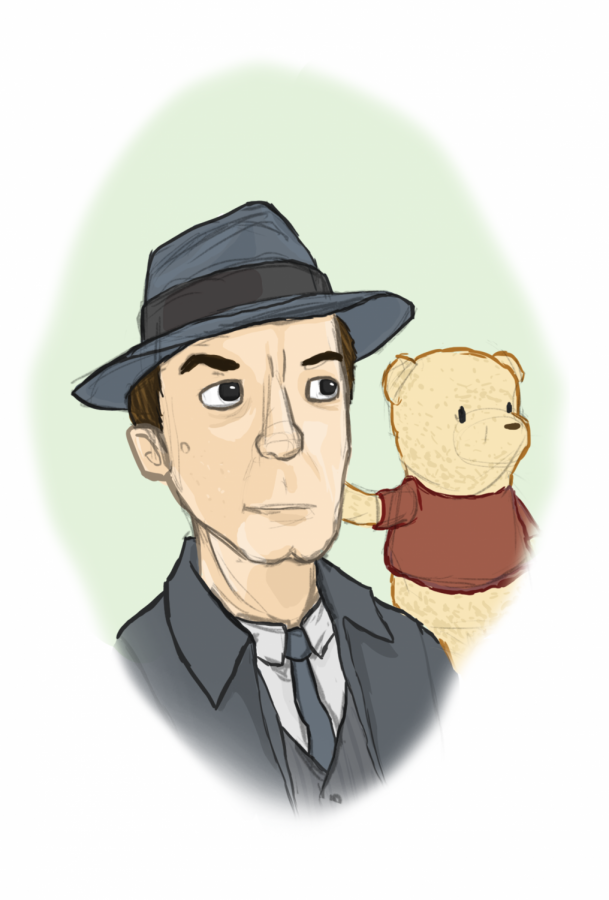 A business man and his bear.

Christopher Robin, played by Ewan McGregor, has a family and works in a suitcase company. Robin has about everything except for the most important part, spending time with his family.

His friends: Winnie the Pooh, Tigger, Eeyore, Piglet, Kanga, and Roo, Rabbit and Owl wait patiently in a mystical world, hoping that Christopher hasn’t forgotten them and will return to play one day.

He struggles to decide between his job and his family, Winnie the Pooh, his best childhood friend decides that Christopher is taking to long to come back and play with them so the stuffed bear sets out to find Christopher Robin.

The movie was outstanding. My childhood memories kept flooding in and out.  In the Rave Cinema, people were laughing at Pooh’s clumsiness and adorableness when he struggles to look for honey. Eeyore made the audience laugh with his doubtfulness.

The part that the audience and I enjoyed the most was when Christopher Robin finds the whole group together and tries to convince them that it’s him by fending off a Heffalump, an elephant type creature that re-occurred in Pooh’s dream in The Many Adventures Of Winnie The Pooh.

“It was a great movie, it brings back childhood memories from when I first watched Winnie the Pooh as a kid,” says Kevin Mora.

Christopher Robin is one of the many live action movies that Disney has released. There is more to come in the near future.