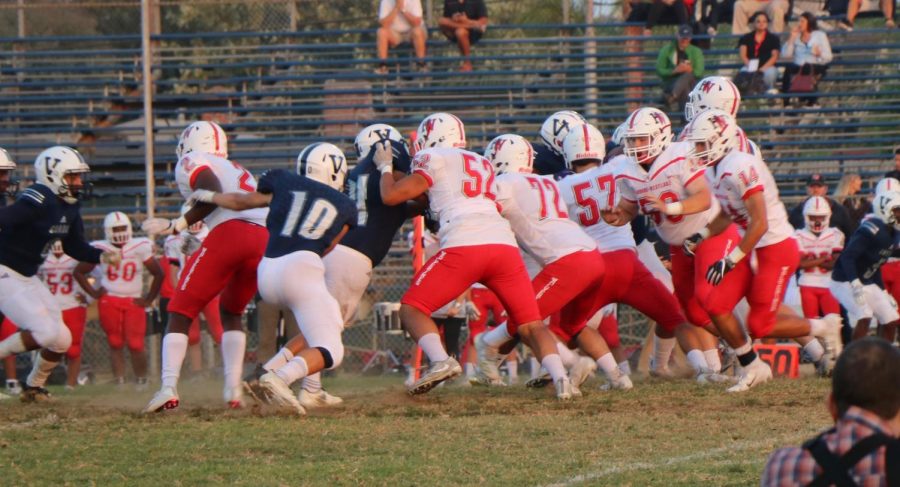 Venice takes on St. Paul High in the first game of the season.

The commencement of school also signifies the start of football season. With the start of a new season, the Venice High School varsity football team currently has an overall score of 2-1. Their first game was on Aug. 17 where they played against St. Paul. Unfortunately Venice lost with a score of 38-0.

“We didn’t do too well but a lot of things contribute to that,” said Coach Angelo Gasca. “We’re definitely excited to get better every week.”

With hard work and training, the team members are excited to continue working hard to get to playoffs. Last year’s league record was 6-5.

“I think we can go all the way in the championship,” said wide receiver Anias Camarillo.

The football team is working on making this season their best one yet. Venice played Harvard-Westlake on Aug. 24 ending up with a score of 35-30. The points were going back and forth between both teams until wide receiver Chad Johnson scored the winning touchdown.

“As a team, we need to win as many games as possible,” said quarterback Luca Diamont. “Having said that, we’re just taking one game at a time week by week.”

The team’s first league game is an away game on Sep. 28 against Hamilton High School.