Girls Varsity Volleyball Setting up for a Strong Finish 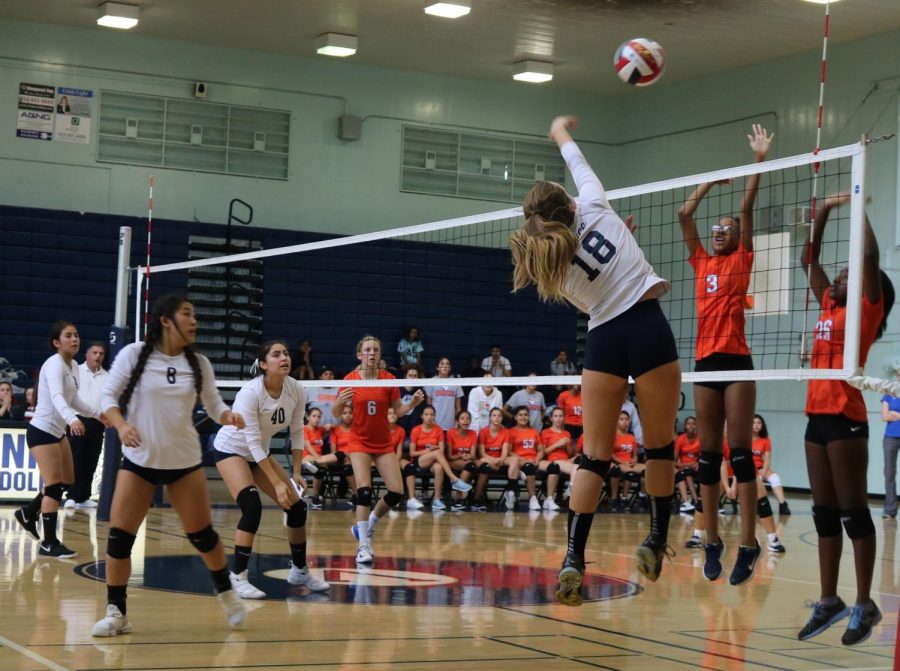 The girls varsity volleyball team, led by Coach Allen Hunt, started off their season  very strong, winning their previous game against Hamilton High School 3-1. With hard work and dedication, the Lady Gondos have won over six tournaments and five conferences. So far, the team record is 15-12, while they have won a total of 31 sets and lost 26.

“Our team has been exceptional,” said varsity player Jeristella Go. “ Although we do not have tall girls this year, we are still maintaining great defense. We practice 2-3 hours every day, and we don’t receive any breaks on weekends since we also have tournaments. Our defense is outstanding, and as a team we are taking as many wins as we can this season”.

Go is convinced they will have a successful season.

As mentioned by Go, Venice  has some of the shortest volleyball members competing this year, making it a challenging season. Luckily, they are all committed to their team and  they enforce teamwork at every practice and game they have.

In the Sept. 20 match against Westchester, Venice led 23-7 in the second period. On numerous occasions, the Westchester team failed to make contact with the ball.

The Comets began to show some persistence and promise, but they were too far behind. Venice won 25-9.

Venice displayed communication and teamwork throughout the match. Westchester made a lot of attack errors and failed to assist each other during the game.

Volleyball player Makena Cioni made good attacks and blocks with the passes that came her way.

“We played really well against the Westchester team, and this was just a warm-up for our game against Palisades on Monday,” Cioni said.

“The back row played really well. I believe we won the game with defense, since there was no height in the game,” she said.

Destiny Clark and Minerva Theresa contributed to this report.