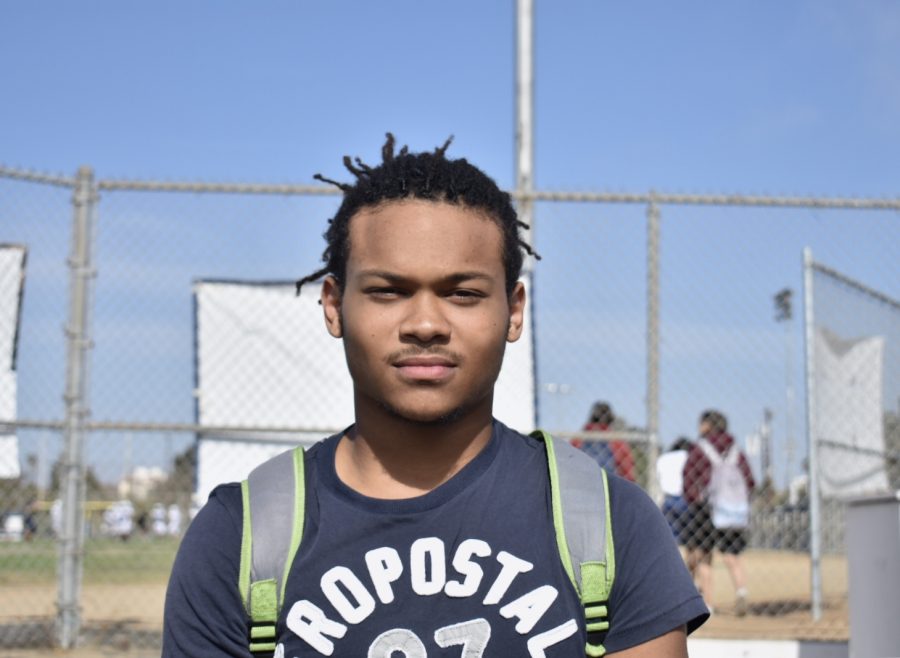 Last year, Dion Moore played lights out and was First-Team All City for both varsity football and basketball. He converted from a wide receiver to quarterback throwing 20 touchdown passes. He helped lead the basketball team to the third round of the Western League playoffs. Moore had two great seasons and he was a senior last year. Moore, Venice’s best two-sport athlete, is fighting for another year of athletic eligibility. Unfortunately, Dion just found out he isn’t eligible to play football. He does however have the chance second semester to get the scholarship for basketball.

CIF (California Interscholastic Federation) rules allow players to play four years of athletics. Moore, who transferred here his sophomore year, has only played three years of sports because his original school didn’t have a team. Therefore, he was able to apply for a Hardship scholarship. This would grant him another year of playing, according to basketball coach David Galley.

“He’s very young, he’s not over age. That wasn’t even an issue. I didn’t have to be concerned about that,” said Mr. Korzenik, “He would like to go to a four-year college and he is retaking a class that would help him do that.”

Moore is very eager to get back onto the field. His return will definitely help out both the football and basketball team. However, Moore has higher goals beyond sports.

“I’m coming back to further my education,” said Moore.