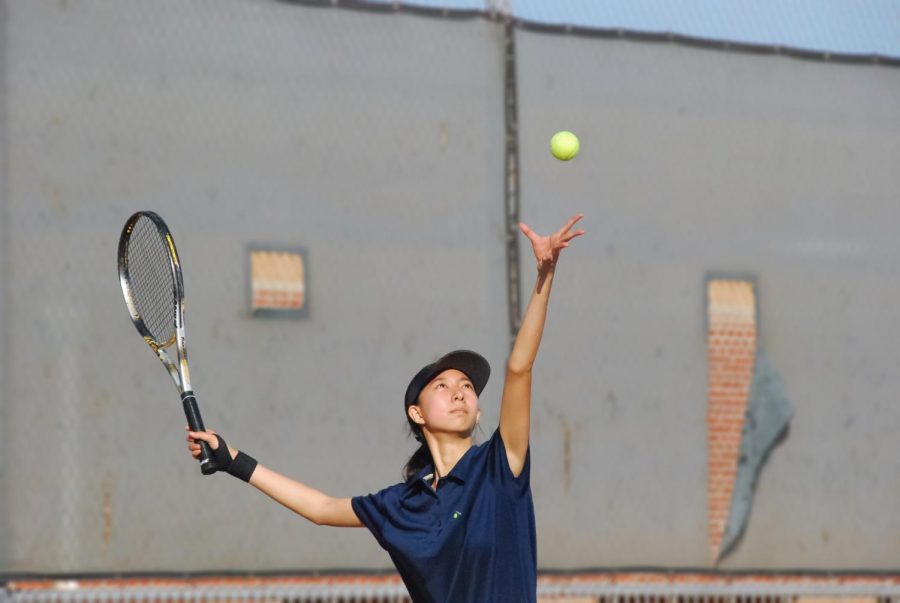 Senior Anna Lo serves in a match against Hamilton High.

The Venice girls tennis season has finally started. So far, they have played five games against rival league schools. They have lost four of the five games scoring 6-1 with University High School and 6-1 against LACES and no score reported by the other schools they have played . Venice beat Fairfax, but no score was available at press time.

“So they moved us up to Division 1, so we’ll see how we do,” says Coach Dominick Flores.

Due to construction of the school, the tennis courts have been demolished and the team captain Madison Kim said “that it’s pretty challenging not having courts to play on.”

They practice at Penmar Park three days a week, but the coach says that “they only have the park for so long.”

And when asking one of the captains Madison Kim about what she thinks about the future of the team she said, “Score-wise they will be really good and since this year the team is really close, they will have a close connection and have a lot more teamwork.”